This is the kind of love story that’s worthy of a stage. Two actors, dancing on a stage in England, and falling in love in a castle. Not too shabby… and actually the rest of the story is even better (and keeps getting better). Our engagement session was a small attempt to capture some of their favorite things. They are each other’s “favorite people,” so that part was easy enough. Christin and Brian have a TON of personality, not to mention a lot of talent, so my job was pretty, pretty, pretty good. Insert two beautiful huskies and PRESTO! Photo magic.

These two are pure happiness, and I hope this collection of laughing, smiling, playing around, holding and kissing gives a little insight into just how wonderful they are.

From Christin: “We first met when we were paired up as dance partners in a show that took us on tour in England.  After spending weeks traveling the UK together we realized our connection and love was undeniable.  We like to say we fell in love in a castle. Windsor Castle to be exact because that is where our biggest “ah ha!, this may be love” moment took place.

Three years later, on March 22,  Brian took me back to the theatre where we first met. He told me he had a rehearsal and asked if I would attend. He rented the theatre and hired a string quartet. When I arrived the quartet began playing “The Beginning of the Partnership” from Shakespeare in Love, the first show we saw together while in London. He grabbed my hand and led me to the stage.  He got down on one knee and made me the happiest woman in the world.
Fun Facts:
We both wear a British Pound around our necks as a symbol of the hope and love that England brought us.
Since 2014 we have traveled together to Mexico, Ireland, Scotland, England, Italy, and France. Our travels have shown us that experiences far out weigh material things.
Our engagement photo shoot was beyond amazing.  We chose Montrose Harbor because we spend a lot of time there walking our beautiful, furry children Kaia and Loki.
We welcomed our first “baby” grand into our lives in 2016.  We sit at our piano multiple times a week and play duets together. While dropping off the dogs back at the condo, Bethany was introduced to our “baby” and took some beautiful candid photos of us at our piano. It perfectly captured our day to day lives in our home.
Next we visited an underground cabaret theater, Uptown Underground. Once while performing at this theater, Christin met eyes with Brian in the audience during a song titled “Our First Christmas.” It was in fact our first Christmas together. Brian later surprised Christin at his church concert by arranging the song with his twin brother, Brandon and dear friend Joe by singing the song back to her. Tears were flowing down everyone’s faces and hilariously the rumor was that he had proposed. That was 2015.
Our final location, was the iconic skyline of our home city.  It’s hard to pass up those views.” 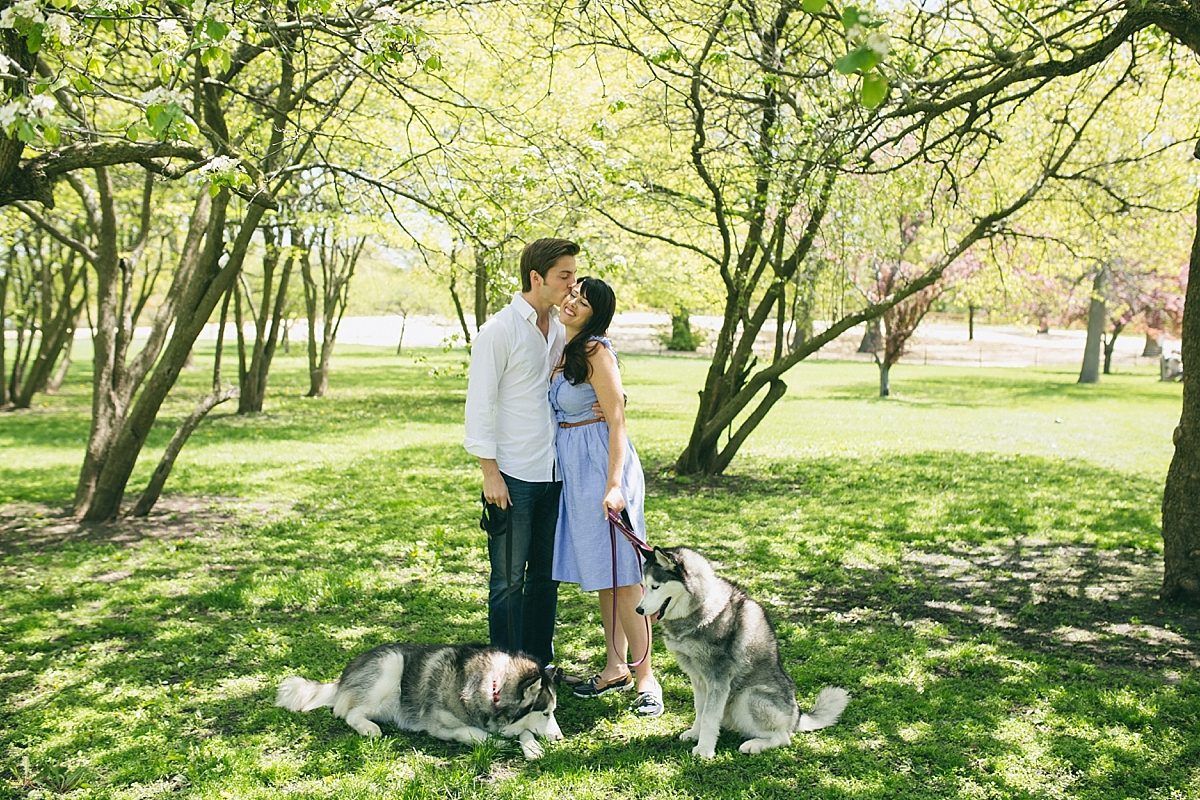 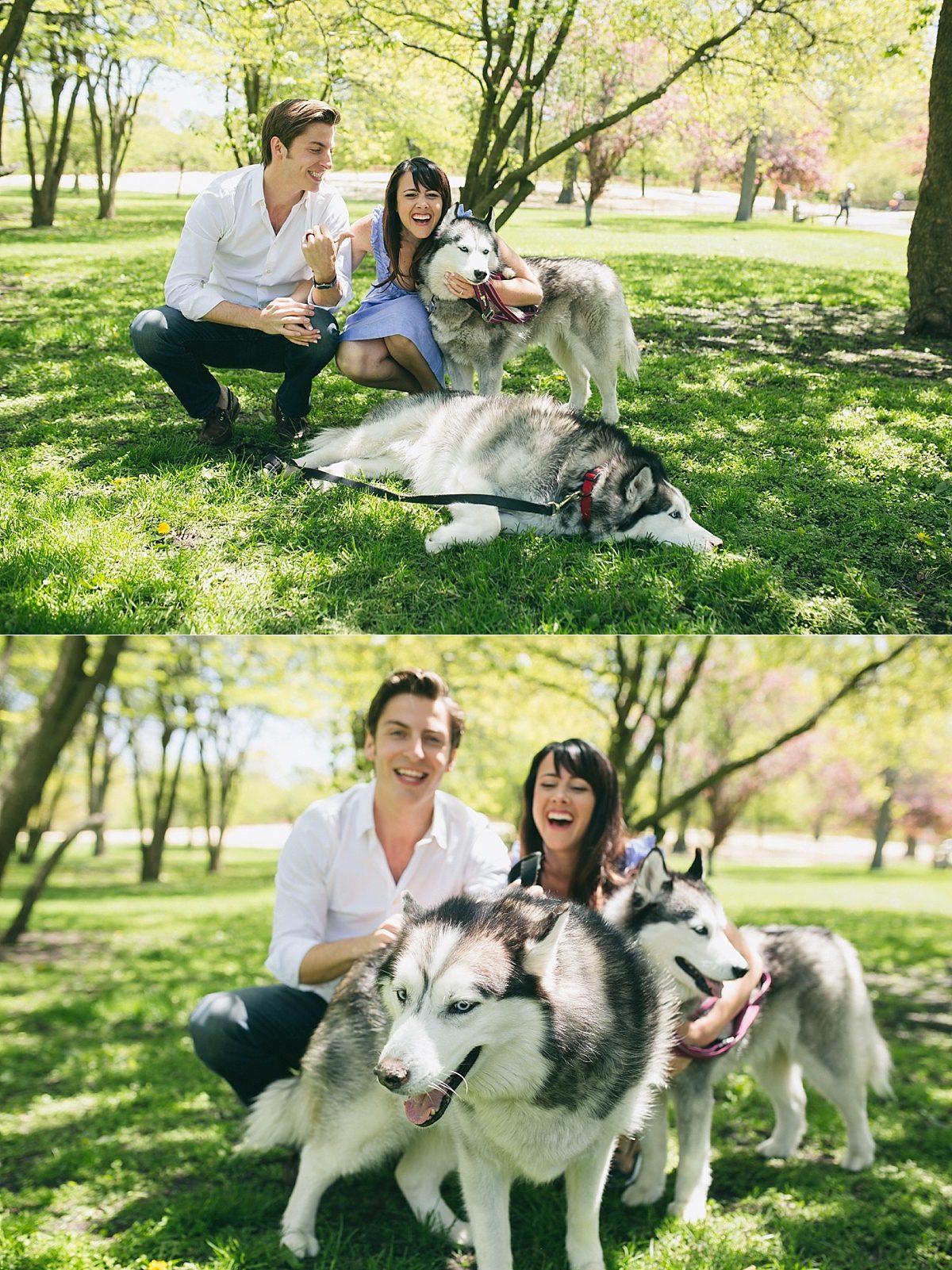 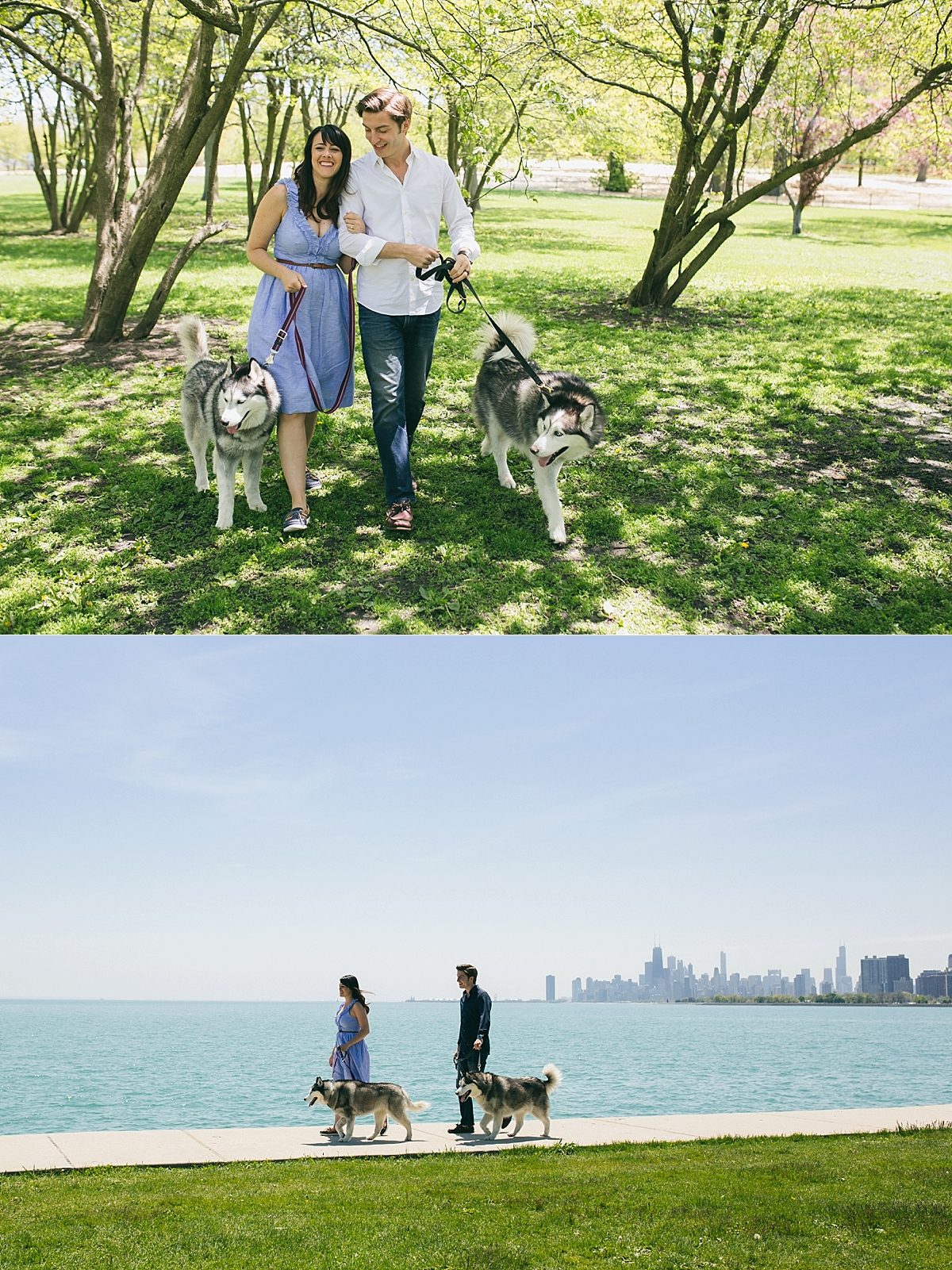 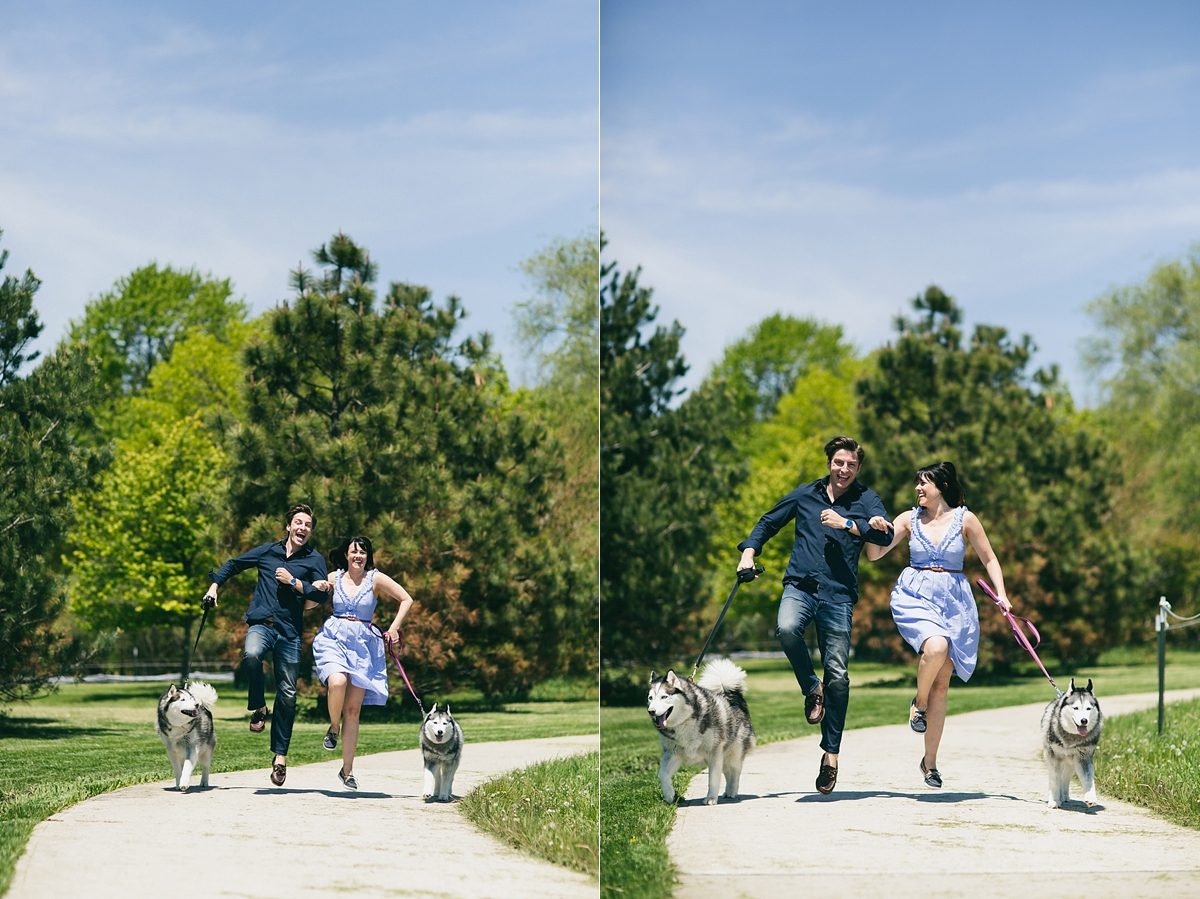 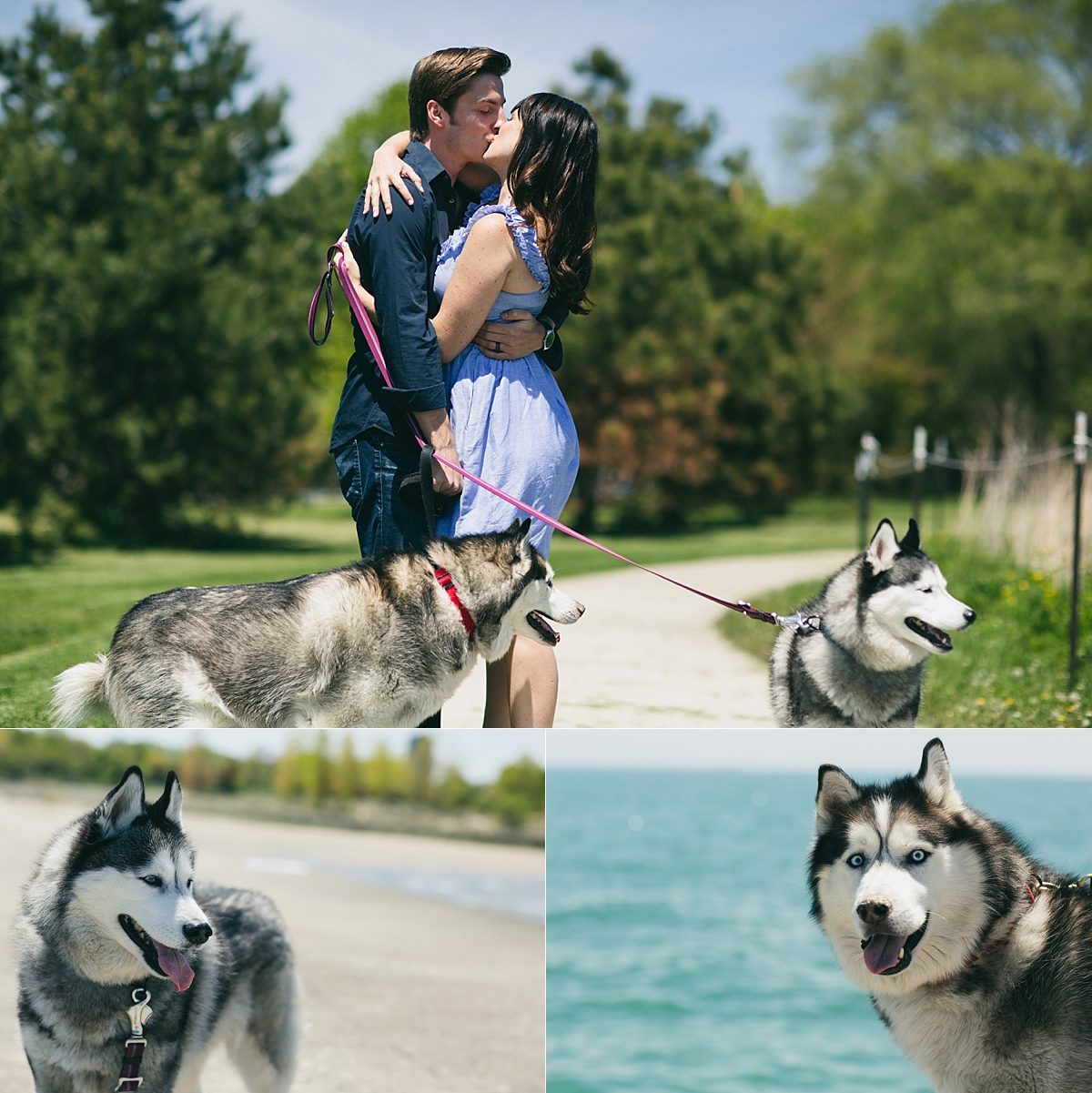 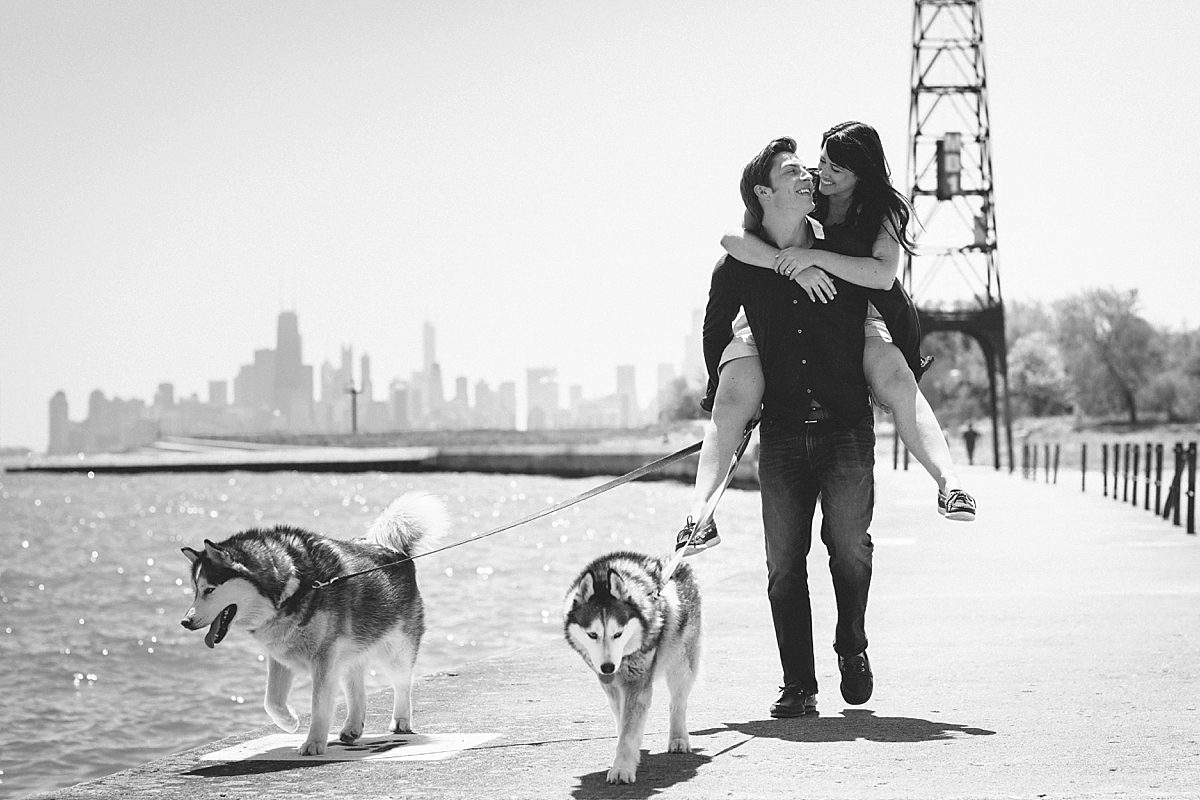 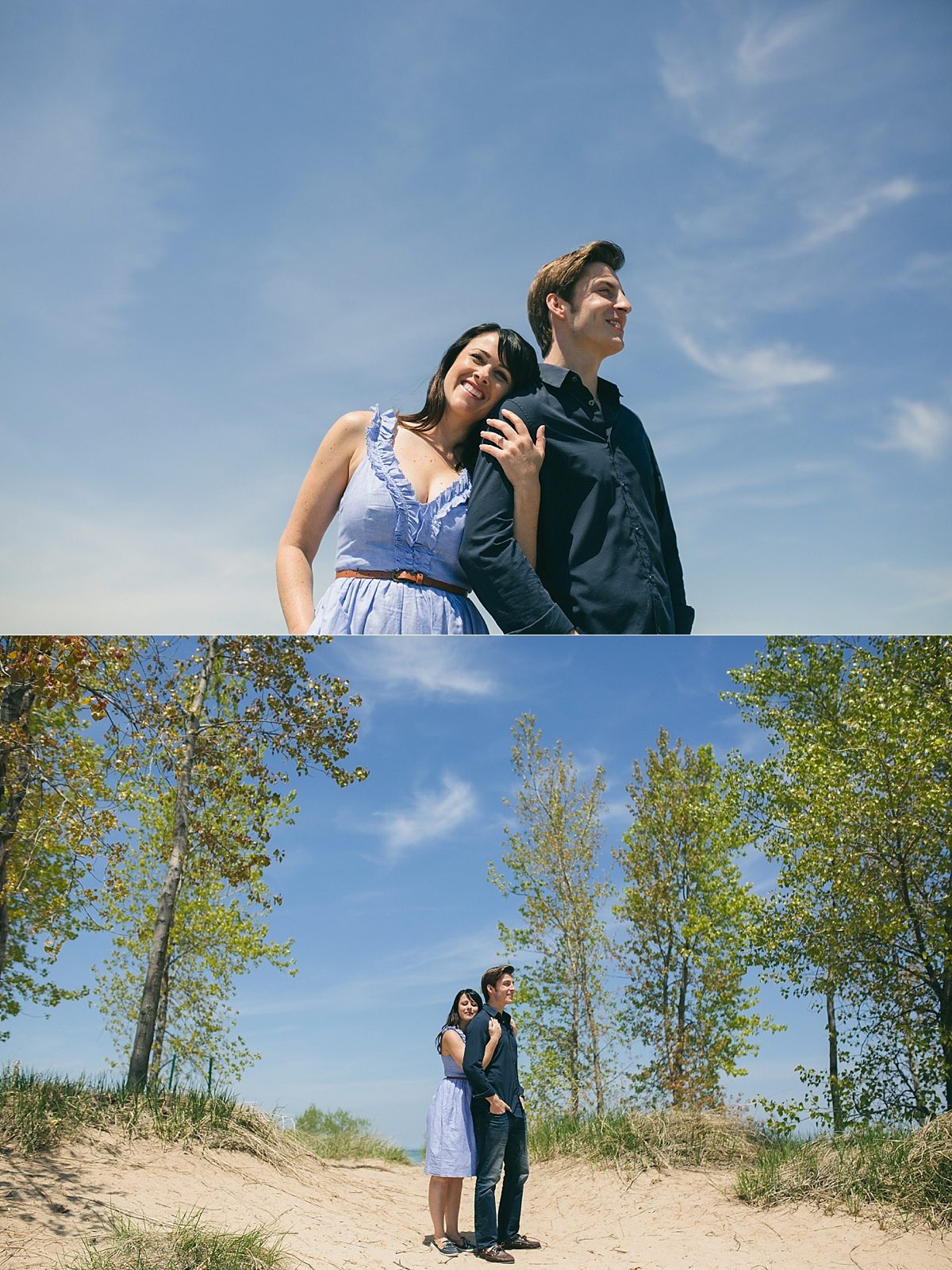 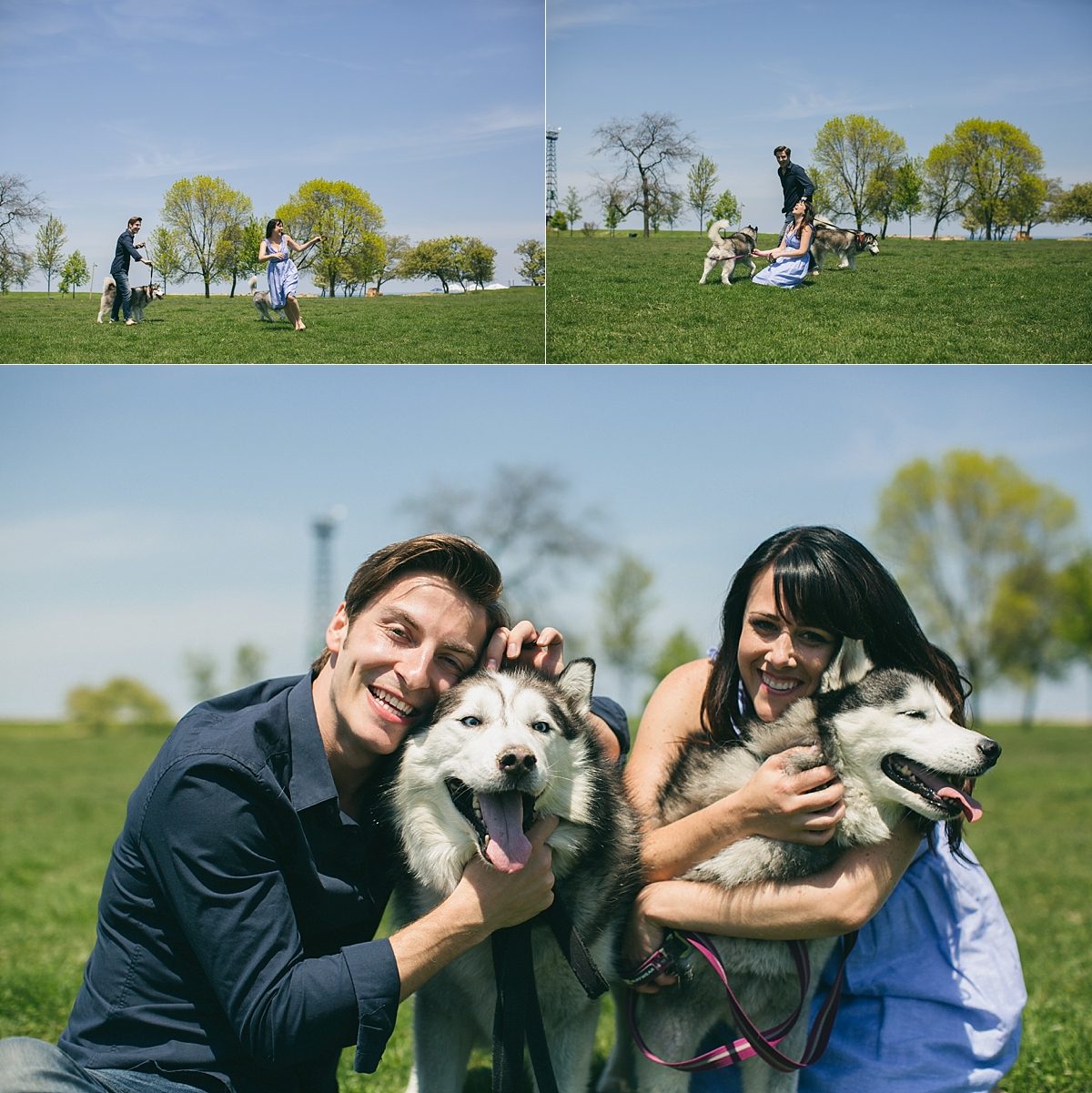 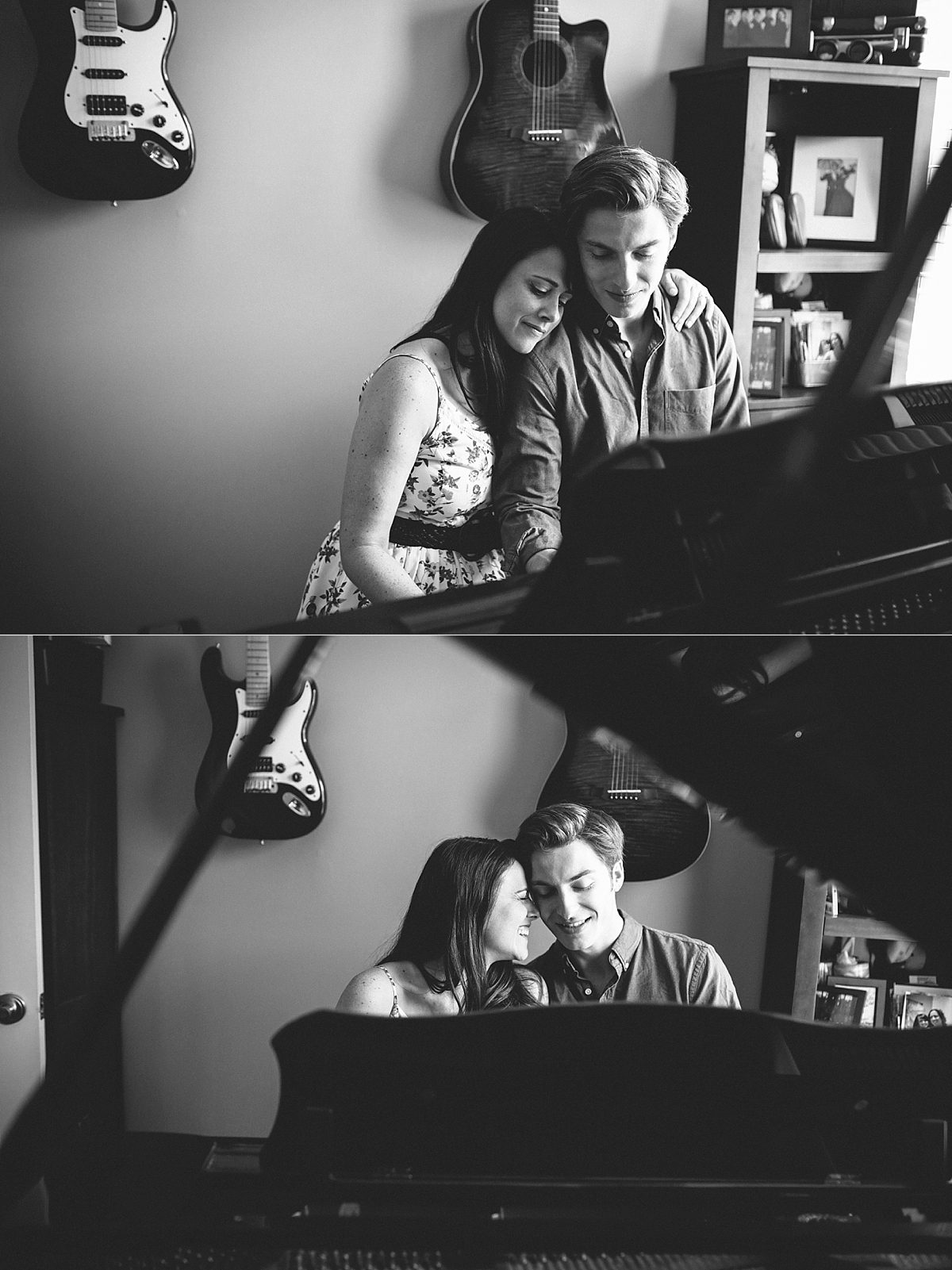 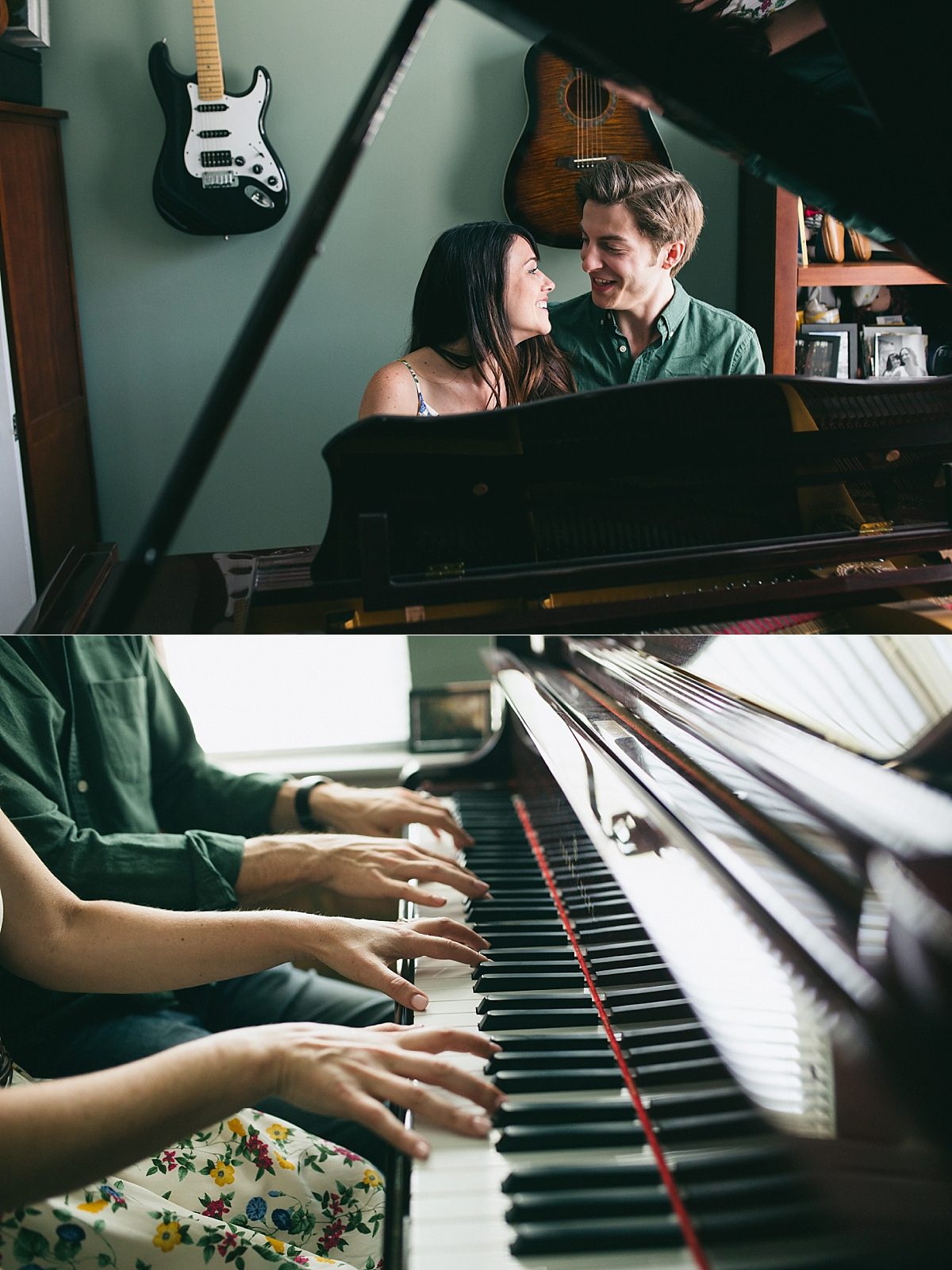 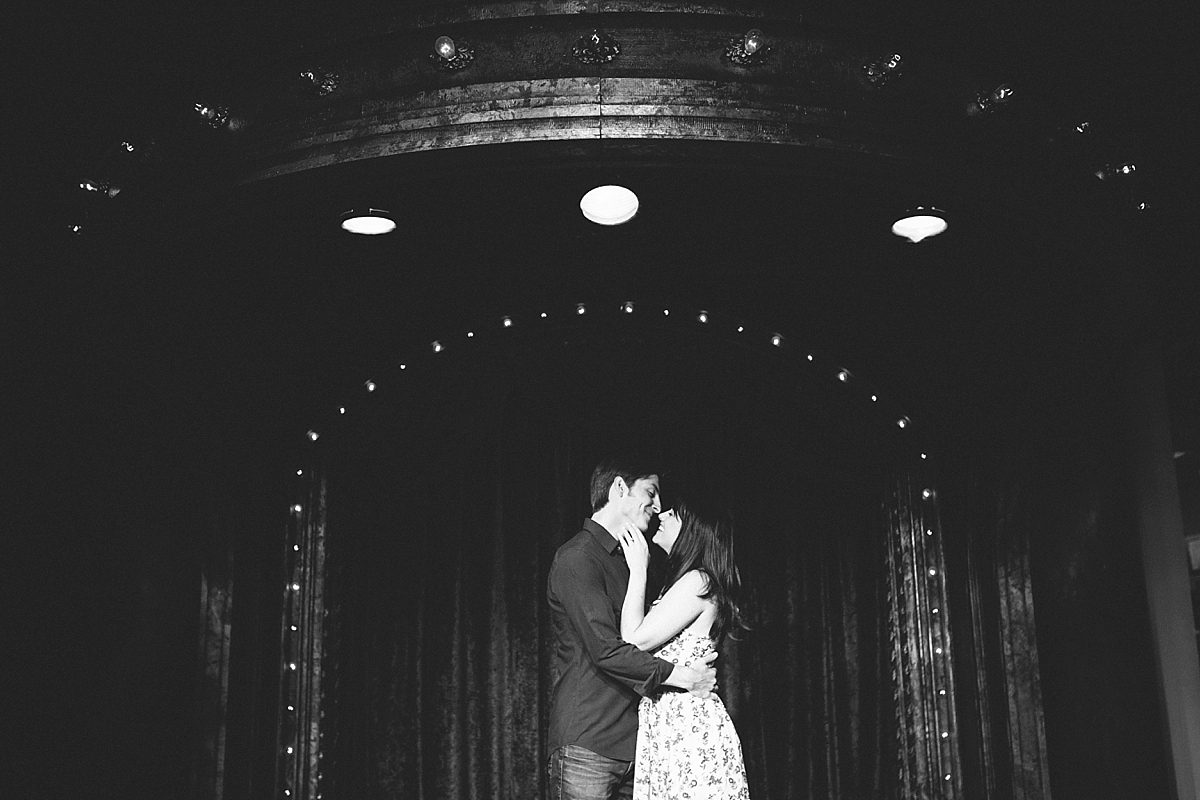 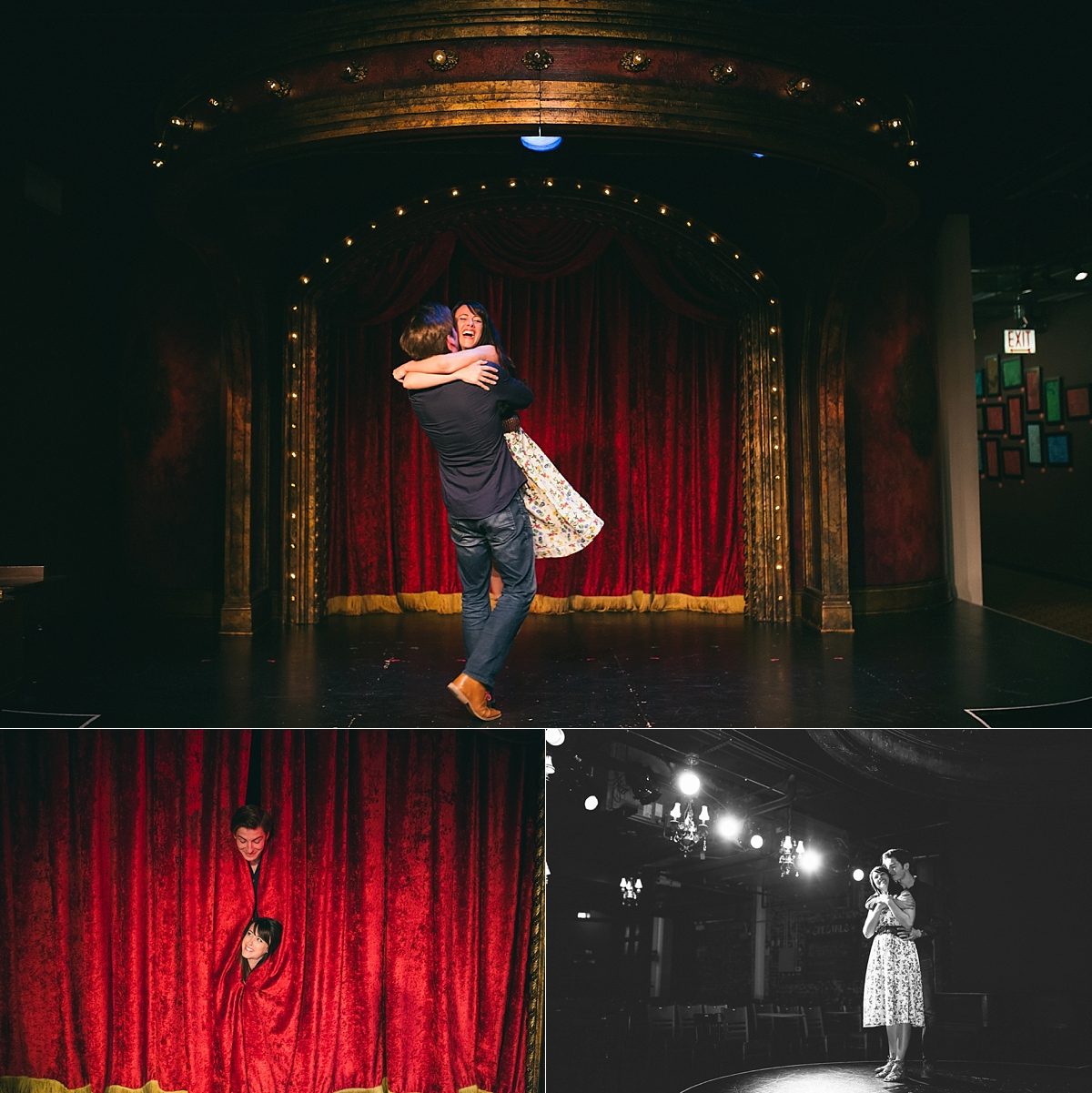 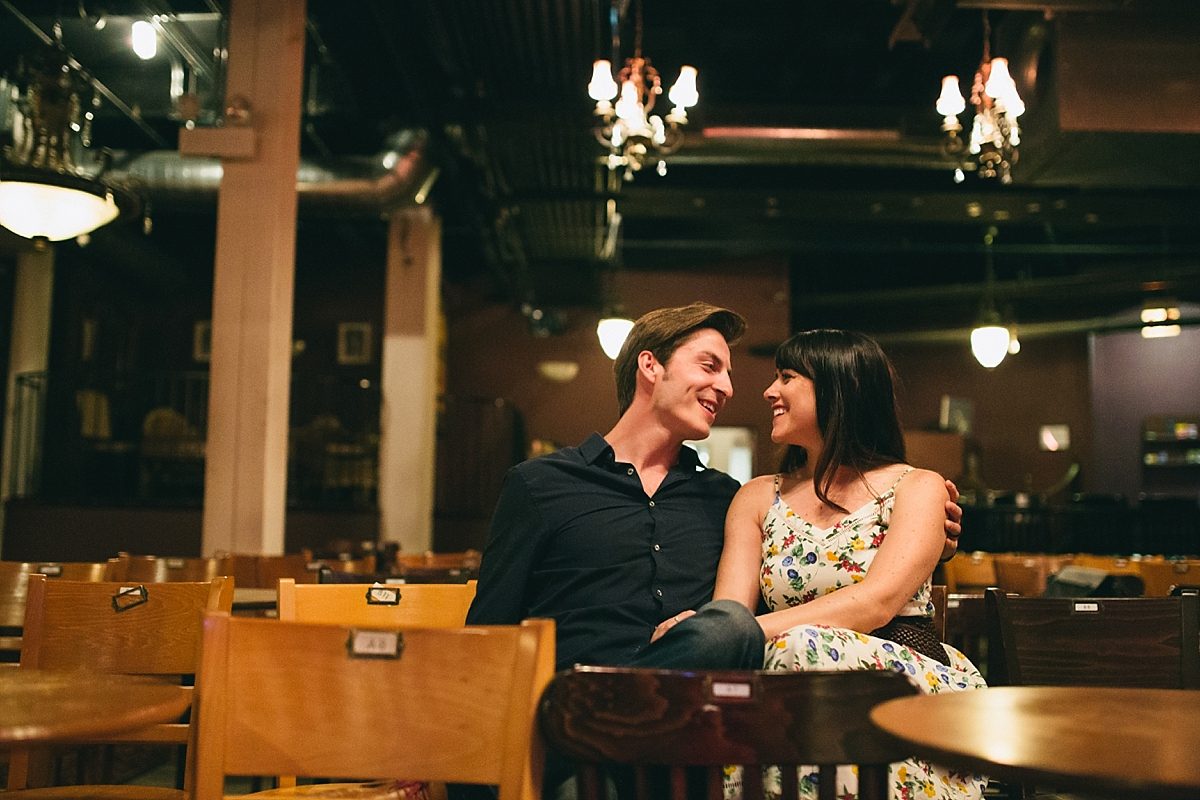 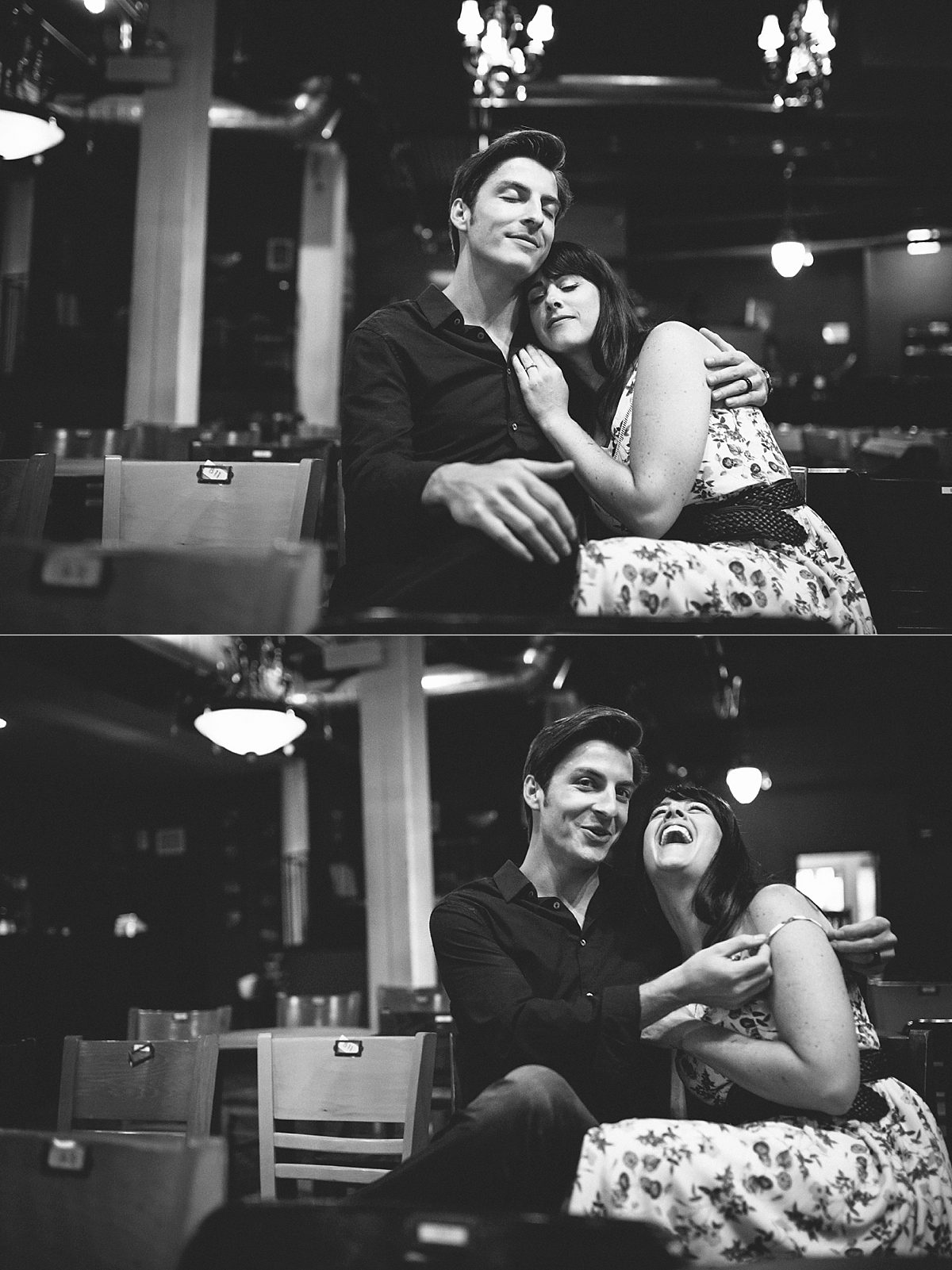 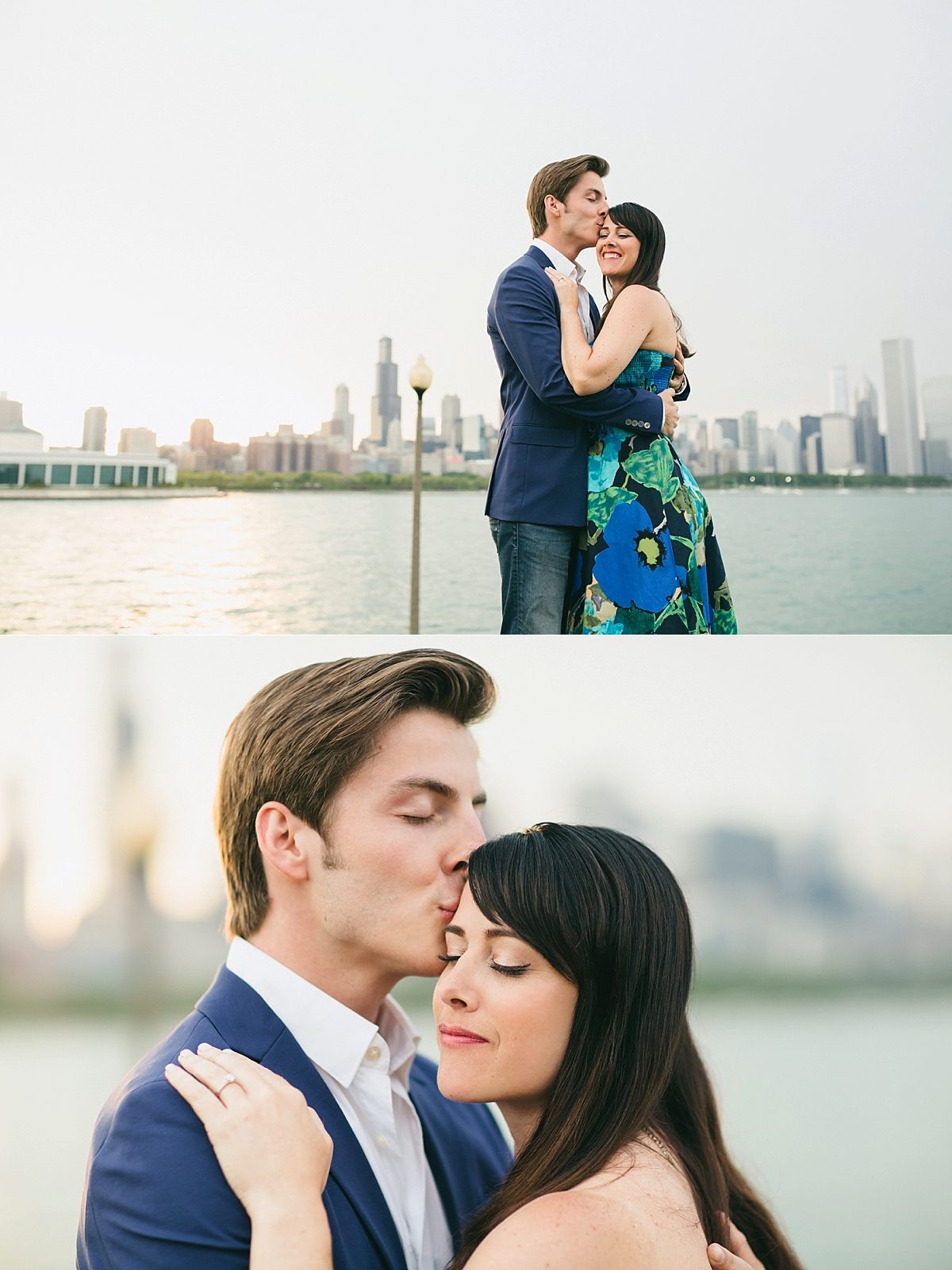 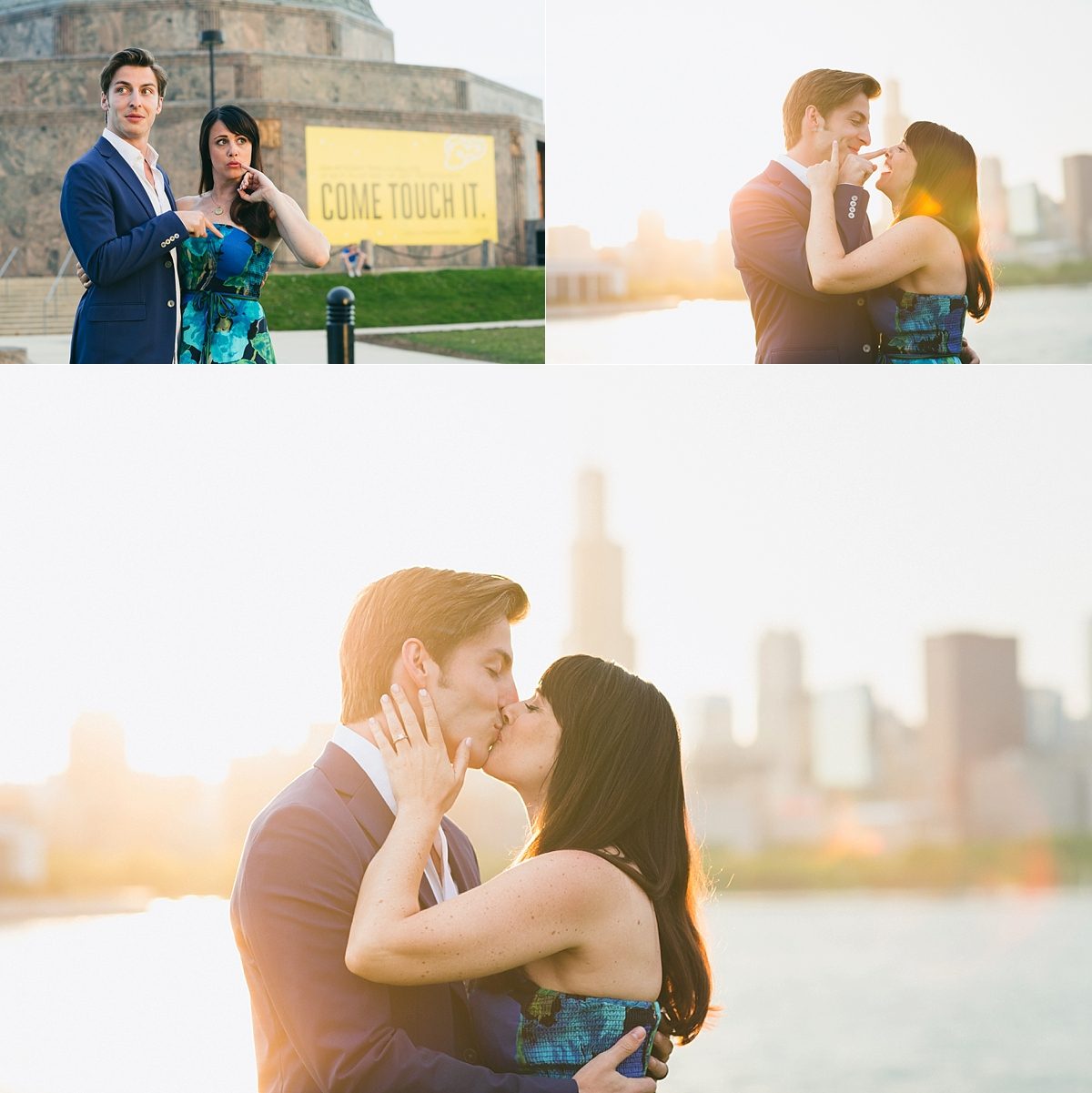 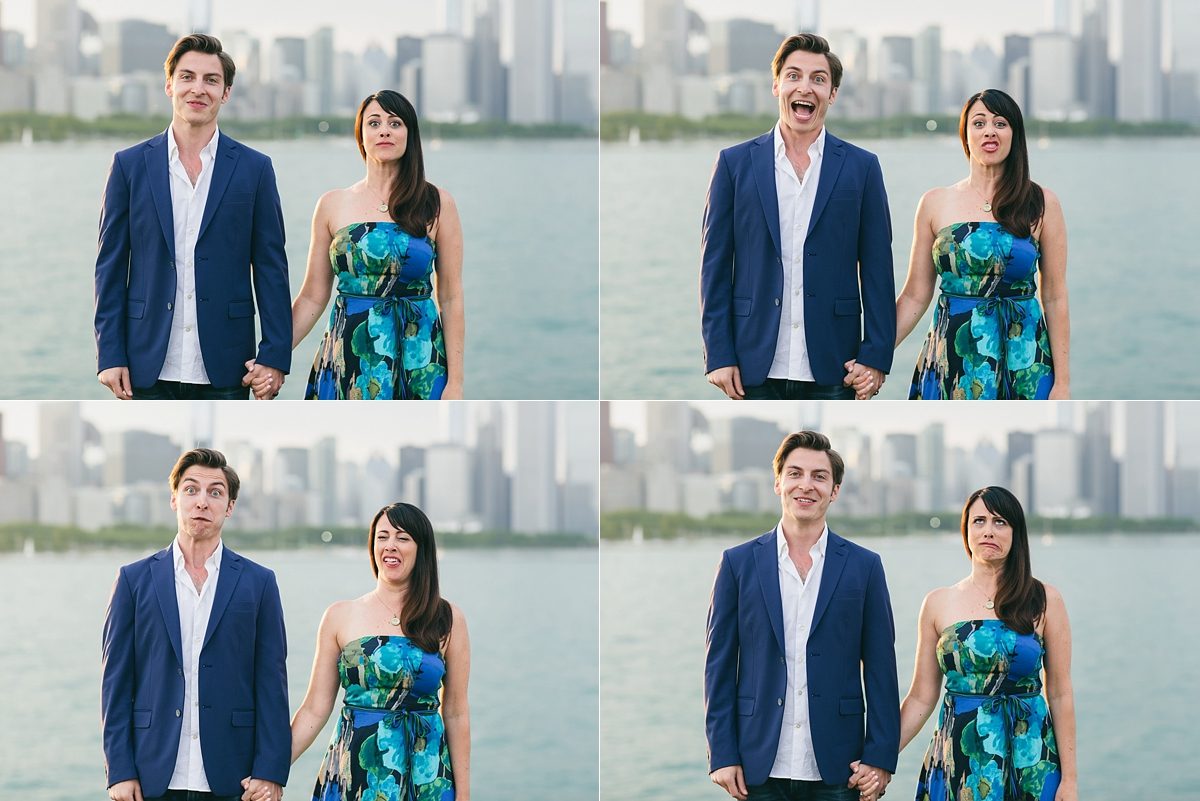 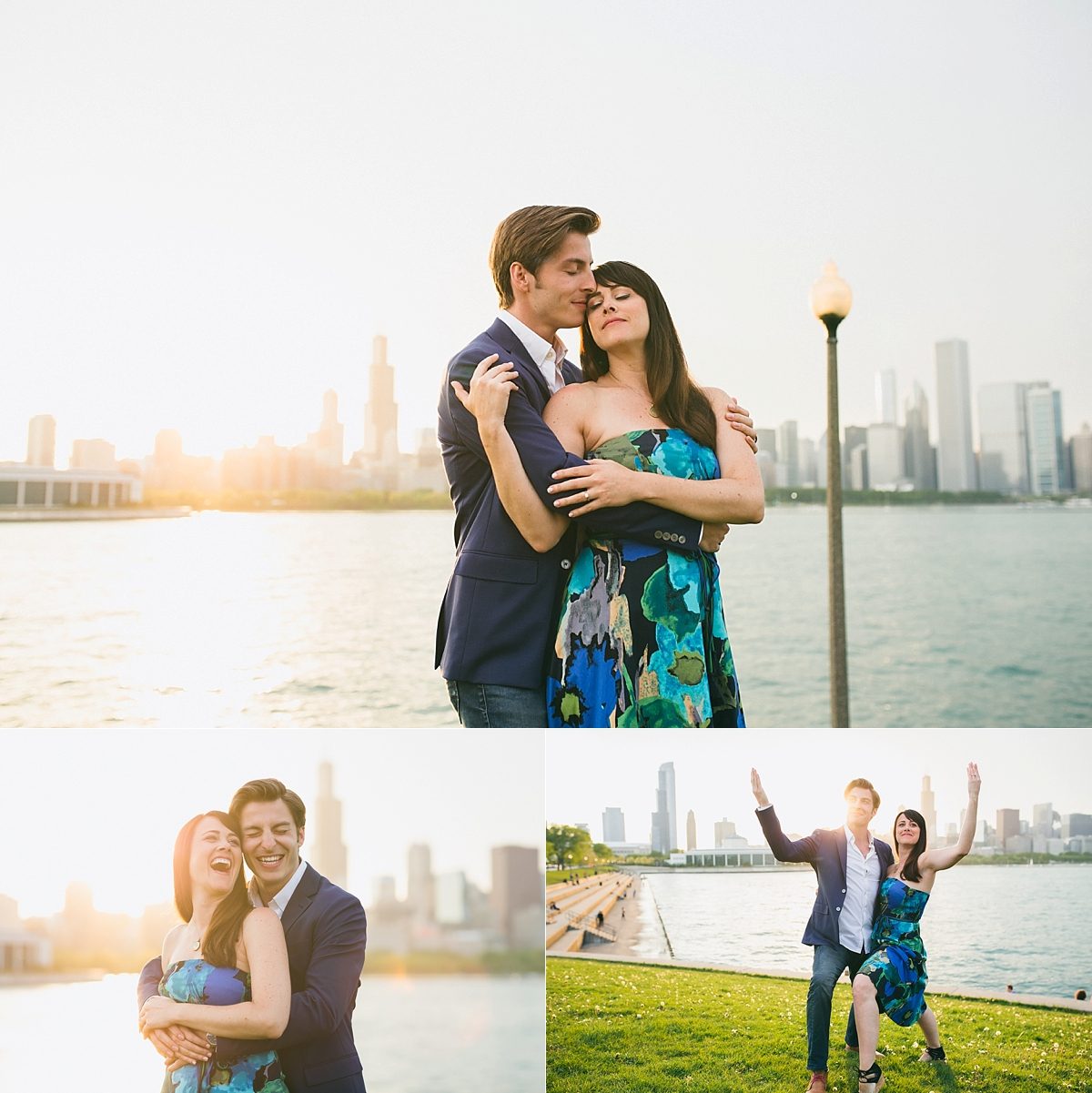 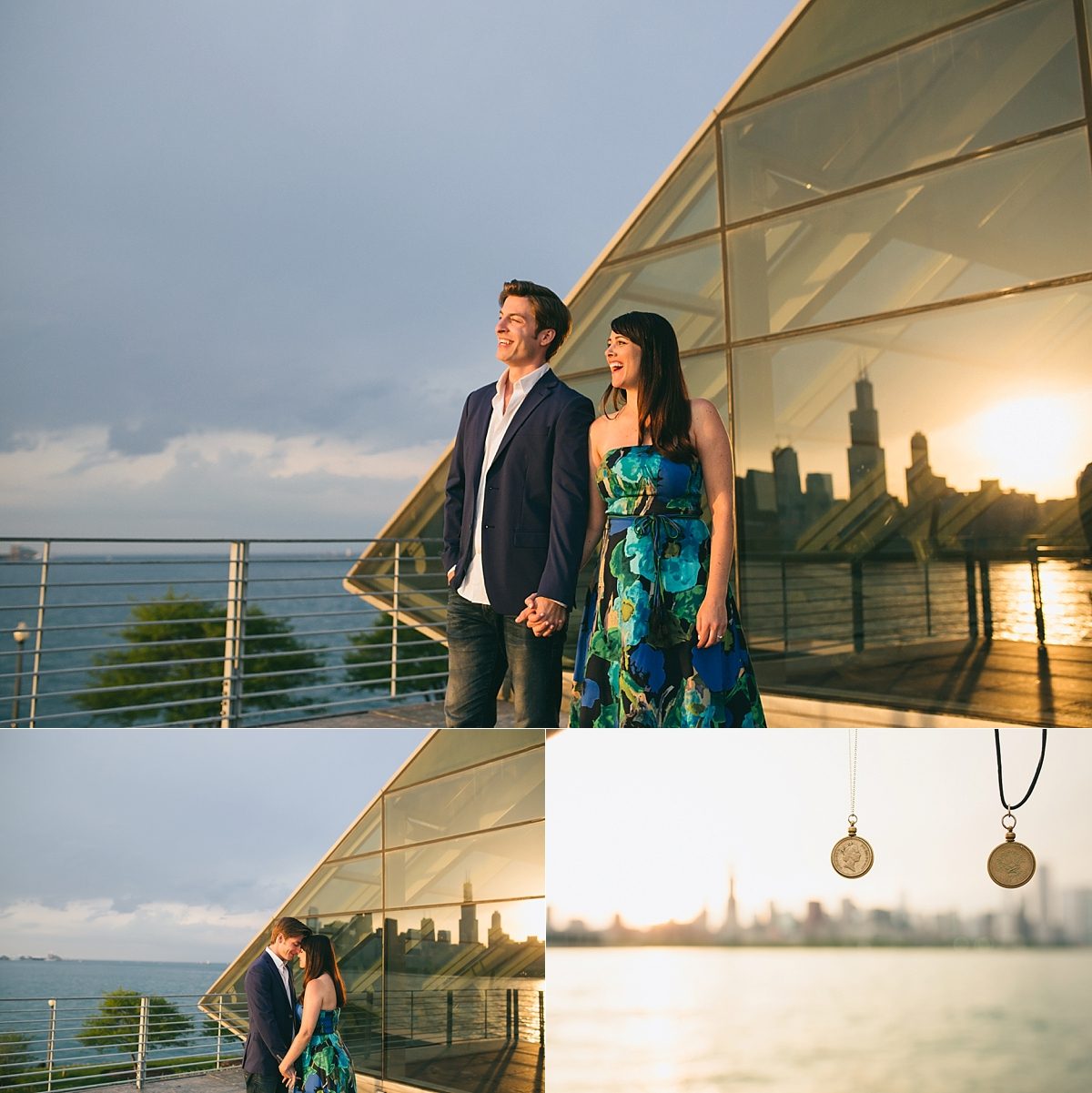 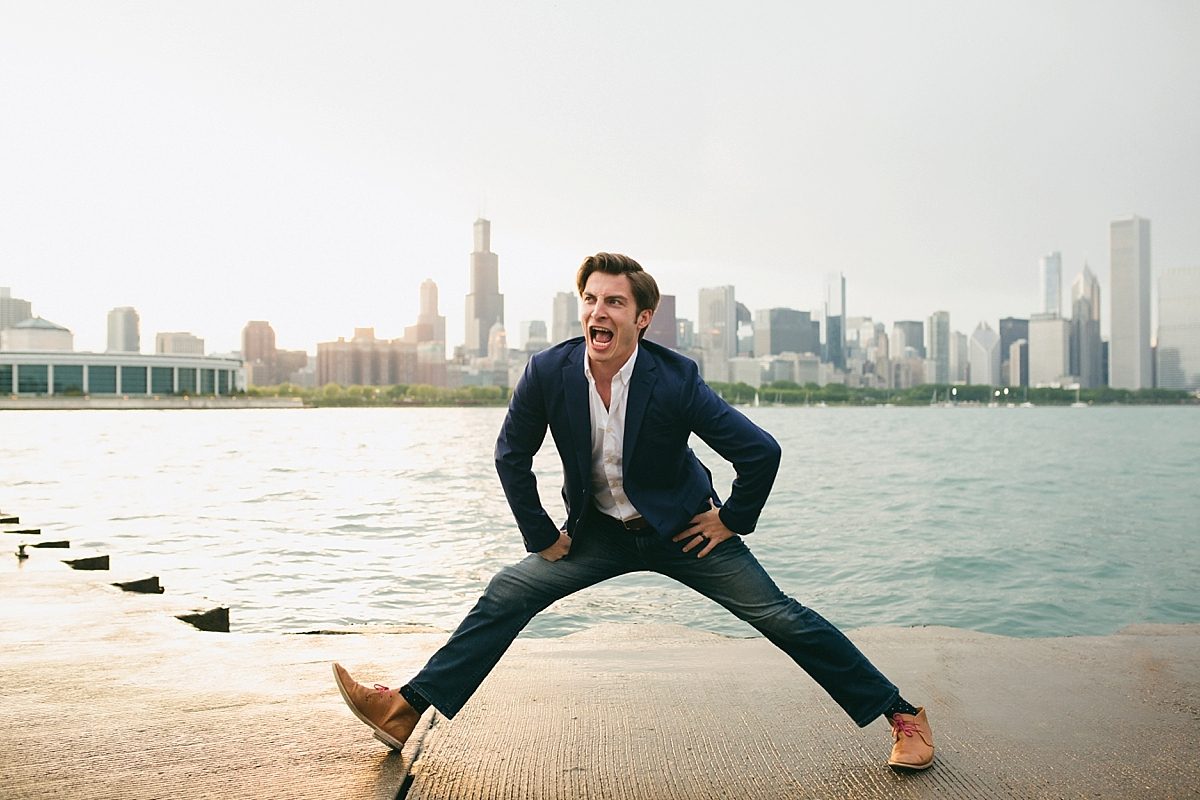 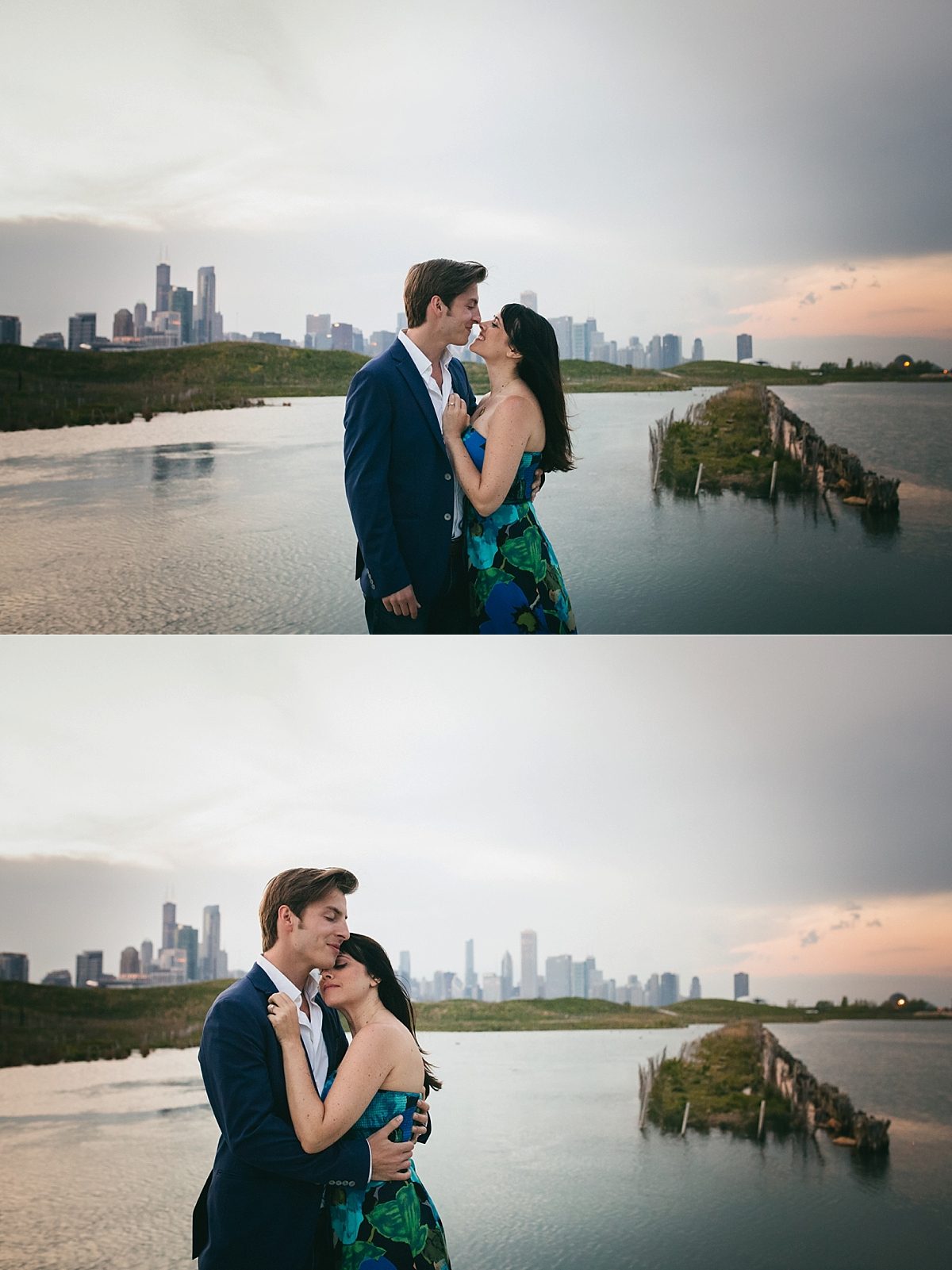 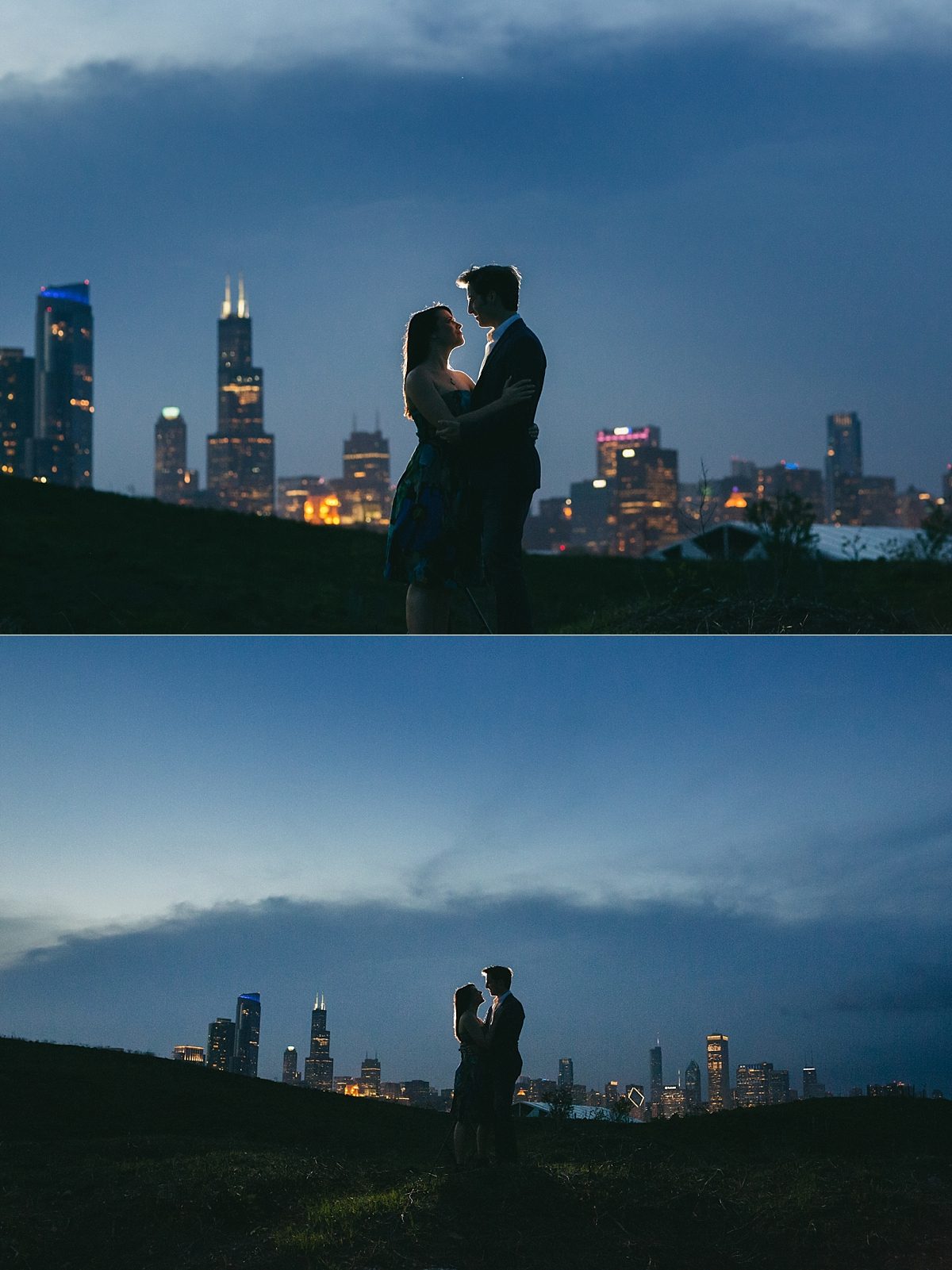