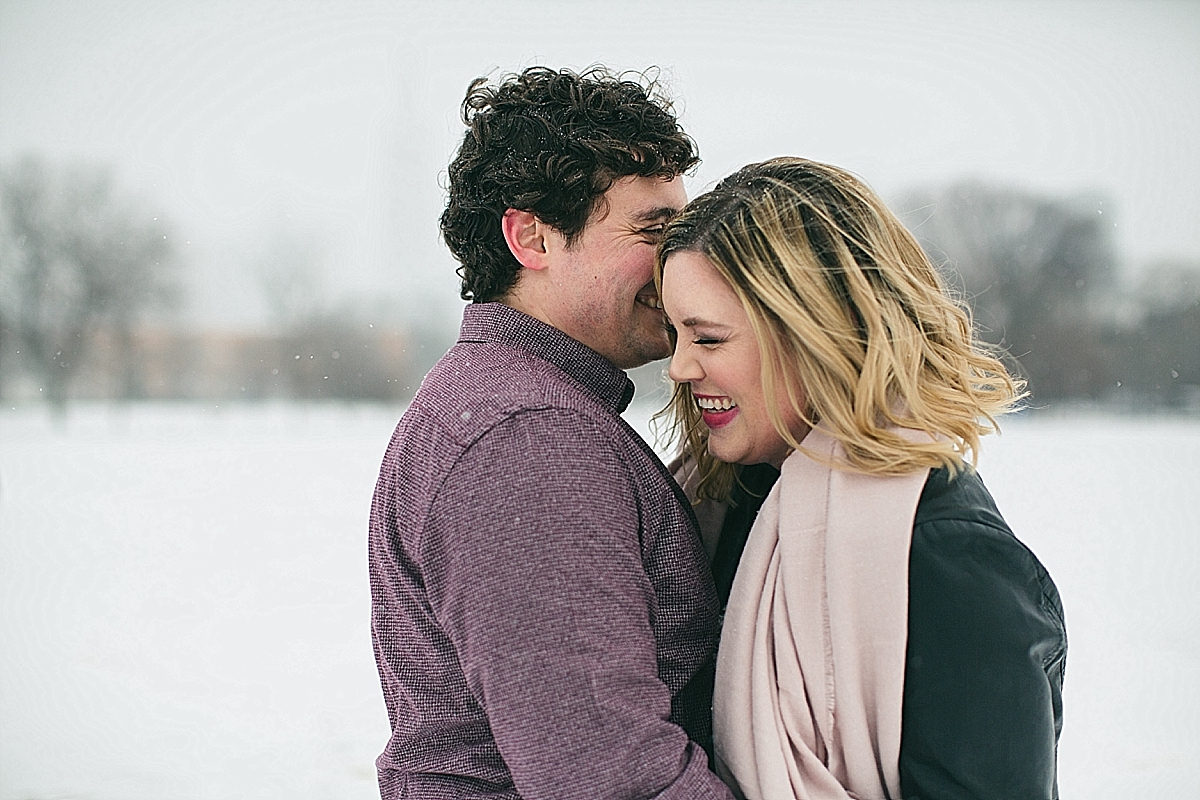 What do a slice of pizza and Jafar have in common? Nothing, unless these things happen to be a part of your Halloween costume AND the person that notices your genius turns out to be the person you’re going to marry!
“Alex and I met at a Halloween party that I hosted. Alex was invited because he worked with my roommate at the time, and soon-to-be bridesmaid, Mallory. The party was a mash-up party, so people’s costumes had to be a mashup. I was dressed as pizza ratatouille and Alex was a rasta-jafar-ian.”
We had a pretty good amount of snow this winter in Chicago, planning portrait sessions on Mother Nature’s schedule was a bit tricky. When our scheduled date for engagement photos included a fresh couple inches of snow we decided to embrace it. And I am so glad we did! Elysa and Alex ignored their frozen limbs for some adorable photos in the snow with their dog Albie, but we warmed up plenty at the Garfield Park Conservatory afterwards. Not only is this a fabulous location all year round, but it’s also where they got engaged (which means it’s extra special). Heads up to my photog friends… walking into a conservatory after taking photos in freezing snowy temps outdoors requires patience! (It took a good 25 minutes for my lenses to stop fogging over!)
After we got our fill of wonderfully warm, jungle-like backdrops, we made our way to the new and ultra-swanky Bellemore for a much deserved cocktail. Oh, and some pretty awesome final photos too!
Elysa: “I knew Alex was the man I was going to marry the day I told my mom about him. Alex was considering moving to California for a job, which I knew but he didn’t know I knew, and when I told my mom that I was dating Alex but that he might move, I burst into tears, which is not an abnormal reaction for me, but it is when the relationship is about two weeks old.”
Alex: “I knew Elysa was the love of my life when we had been seeing each other for a few weeks and major decisions in my life regarding my career and place of residence were no longer difficult decisions. If a decision would mean we could spend more time together, that was the right decision.” 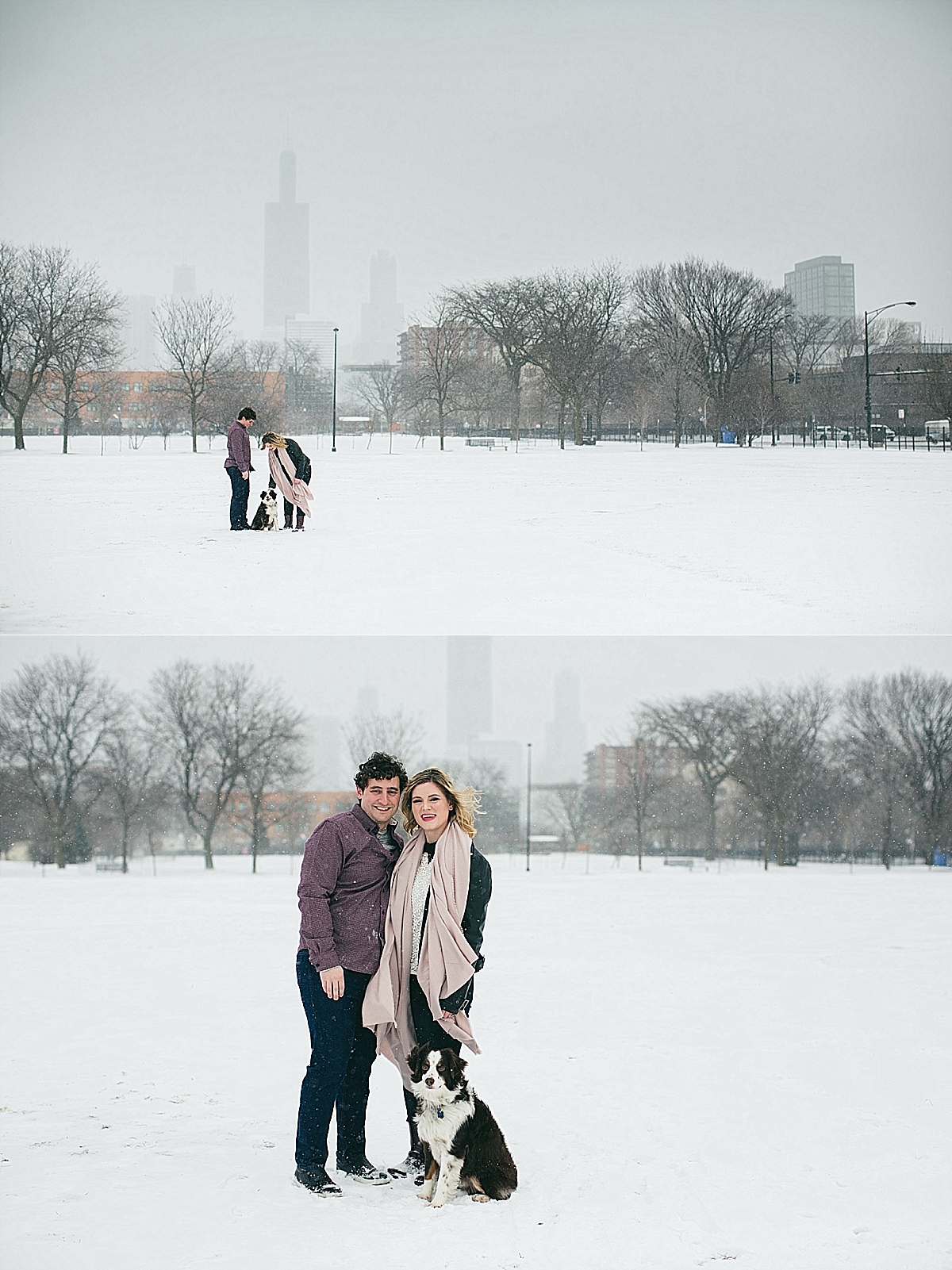 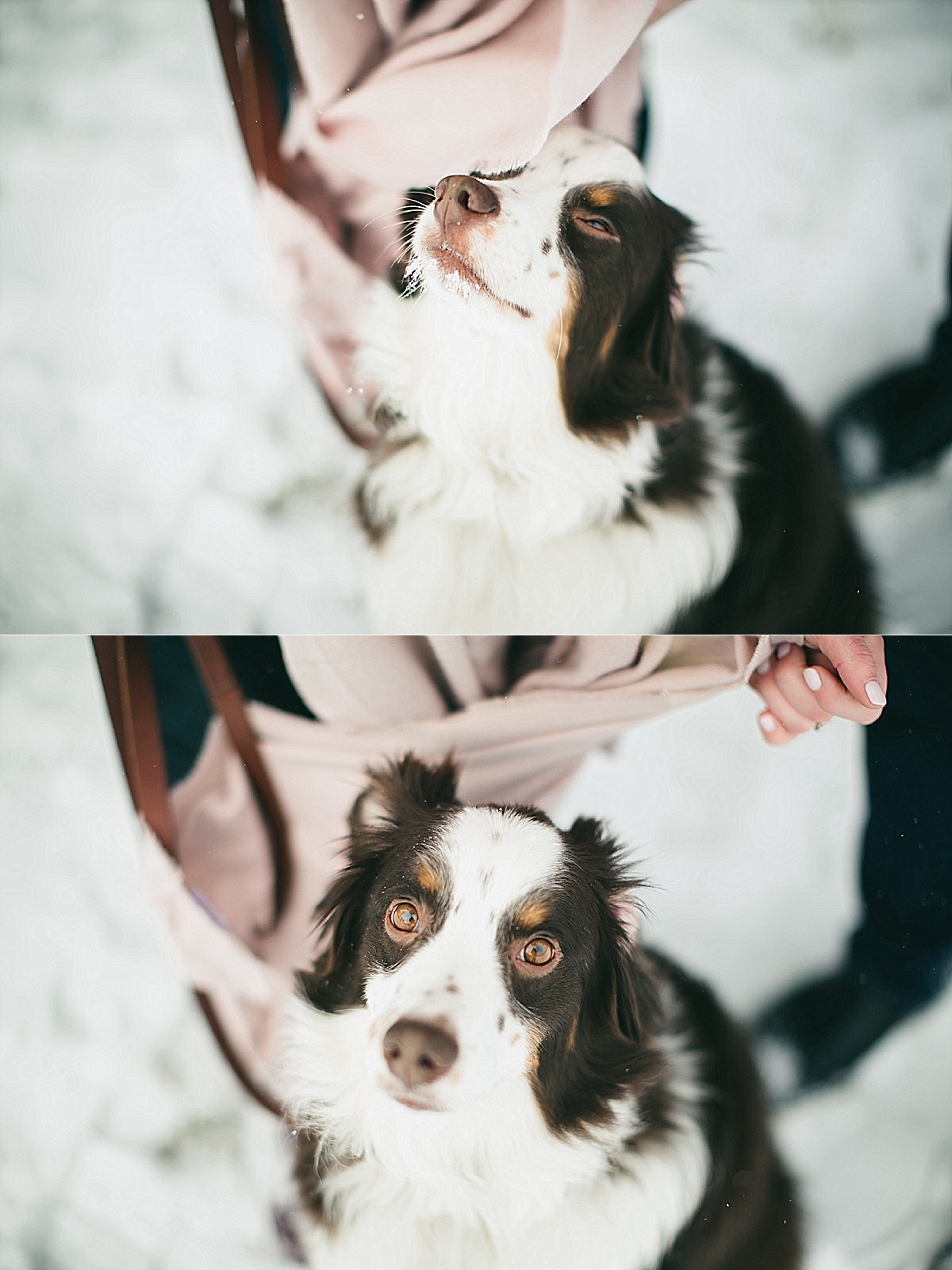 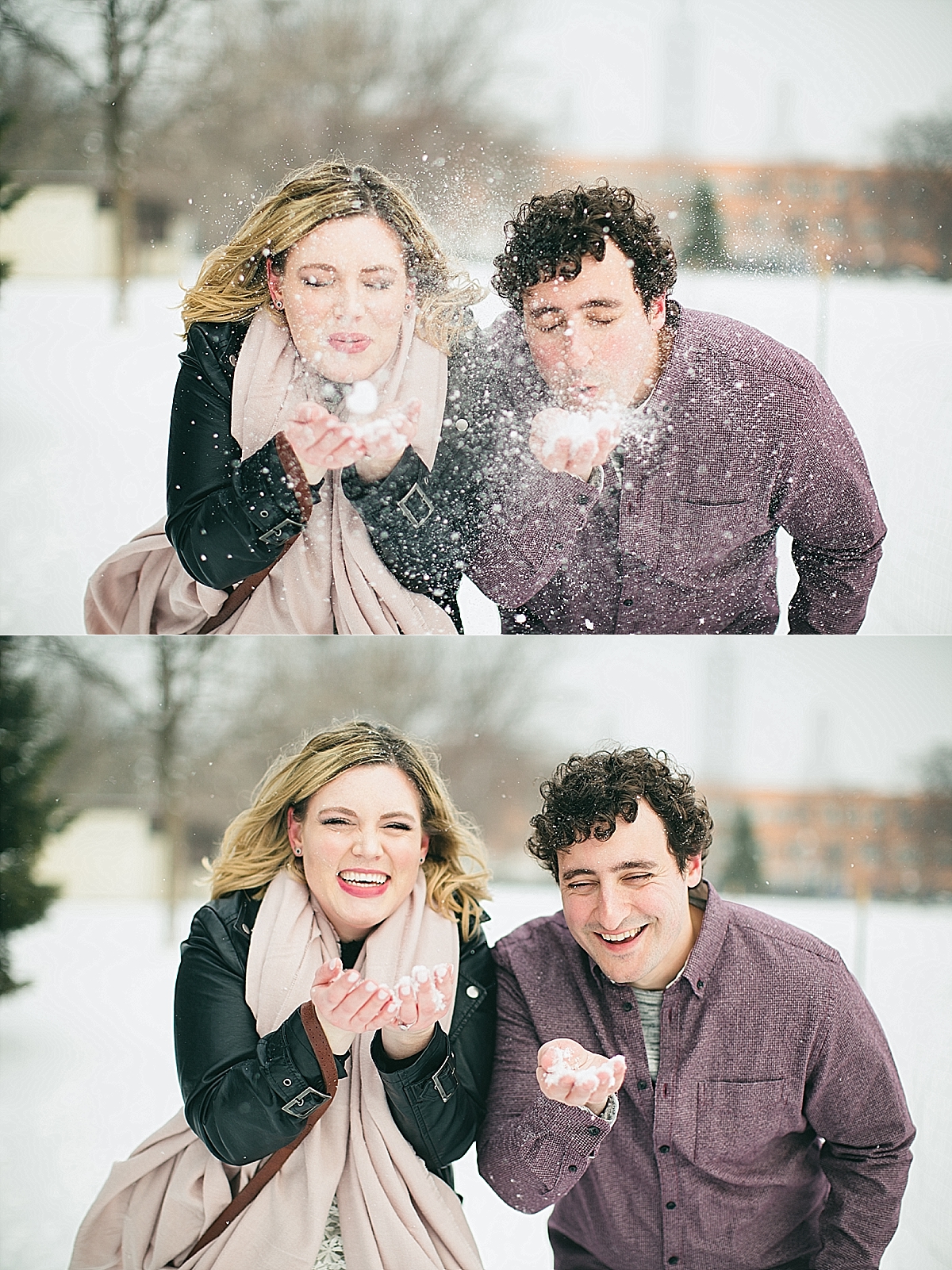 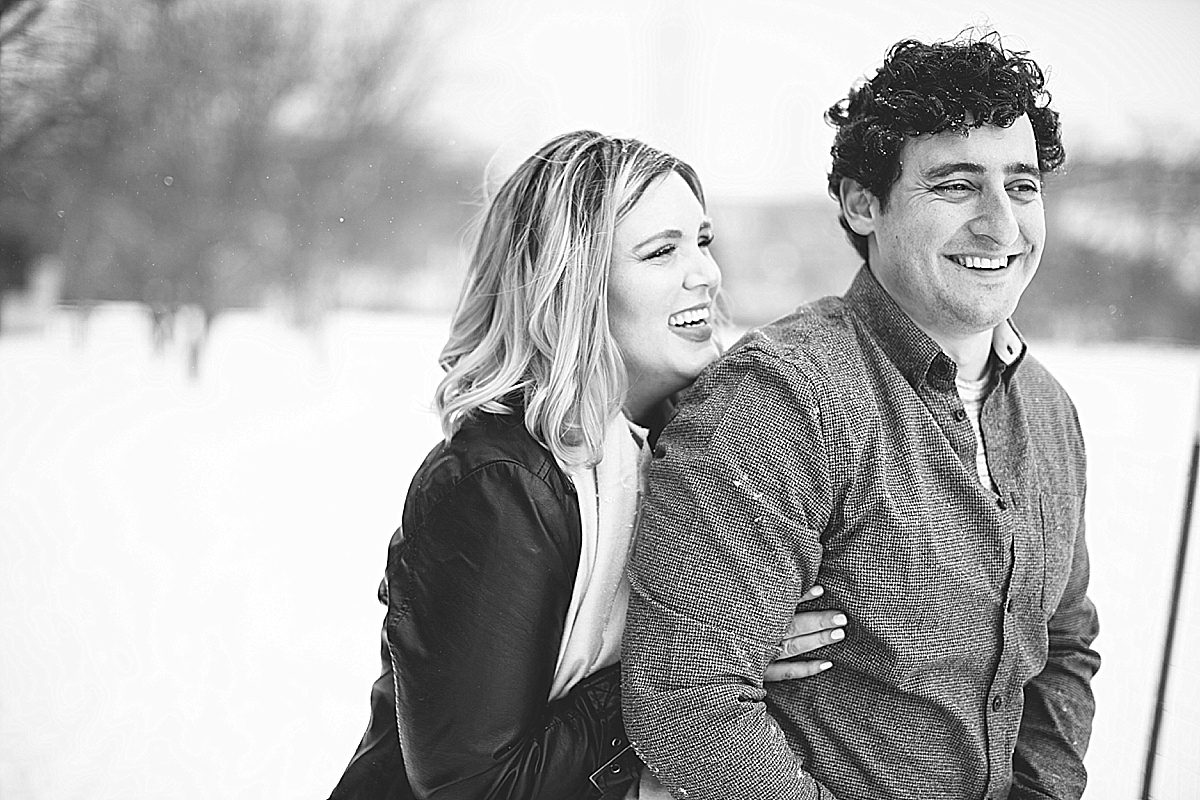 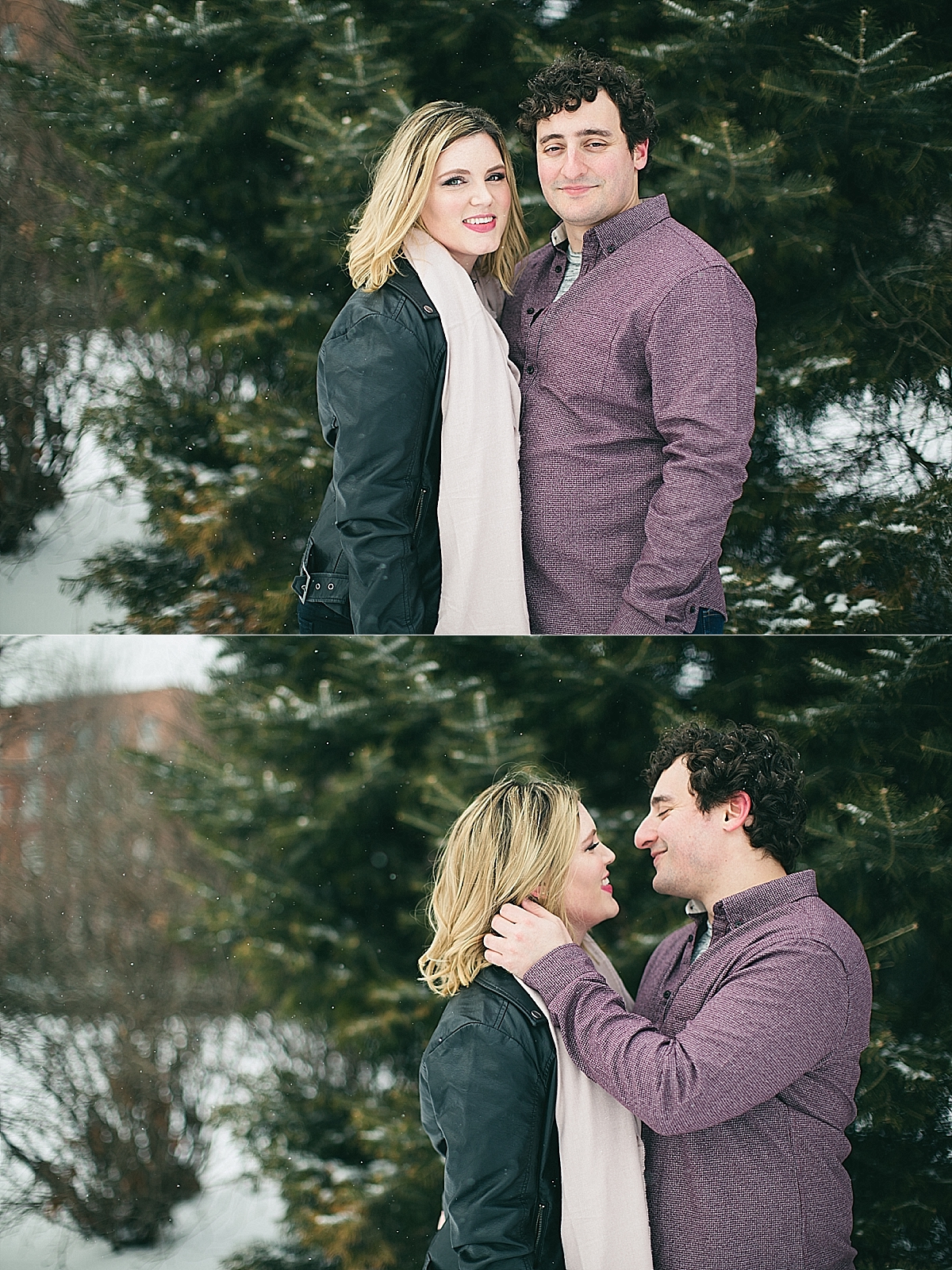 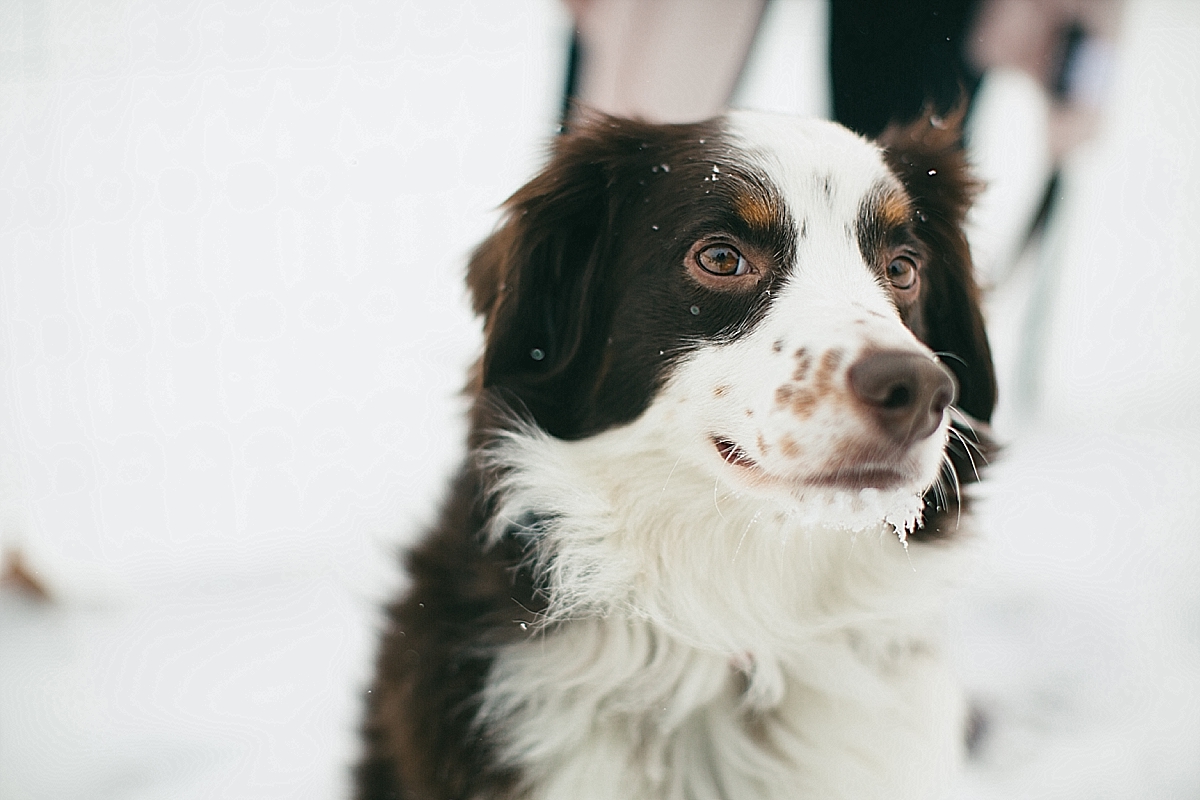 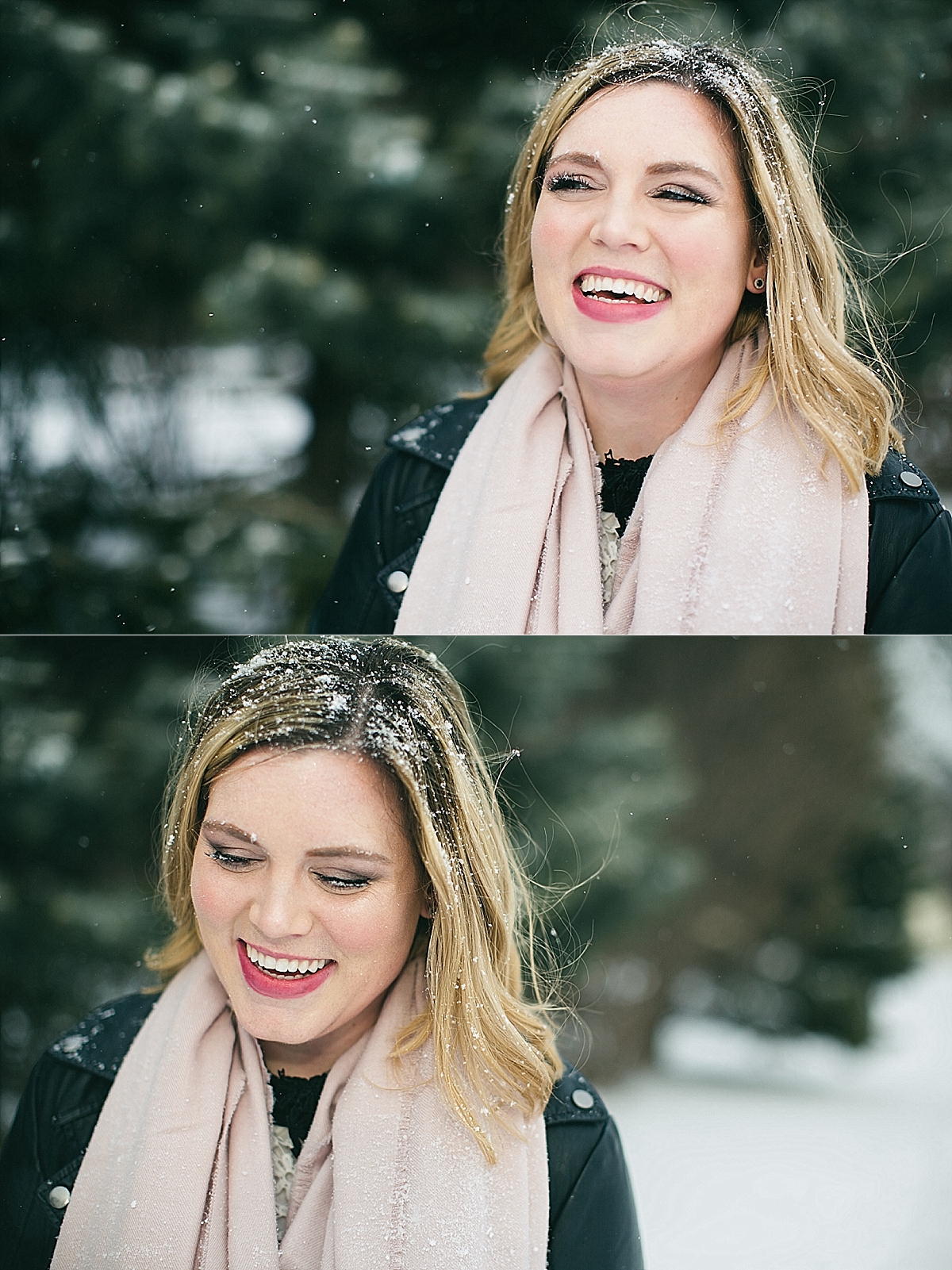 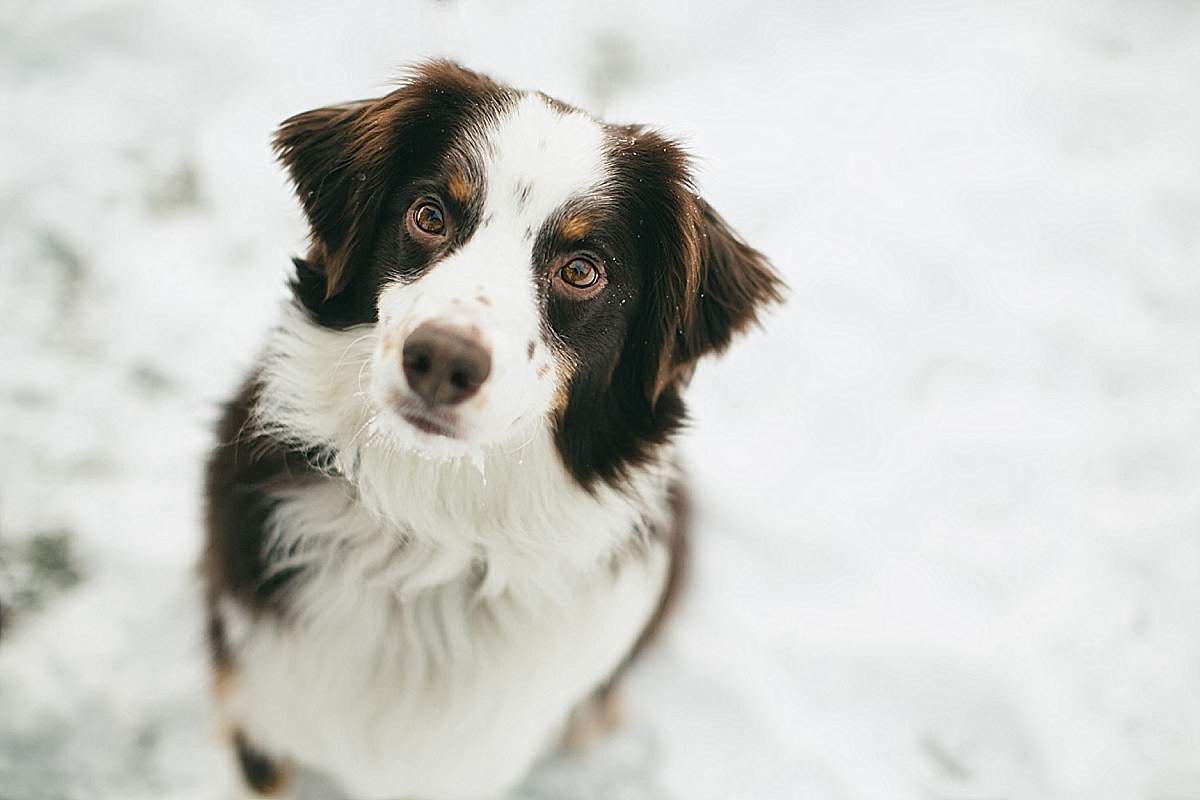 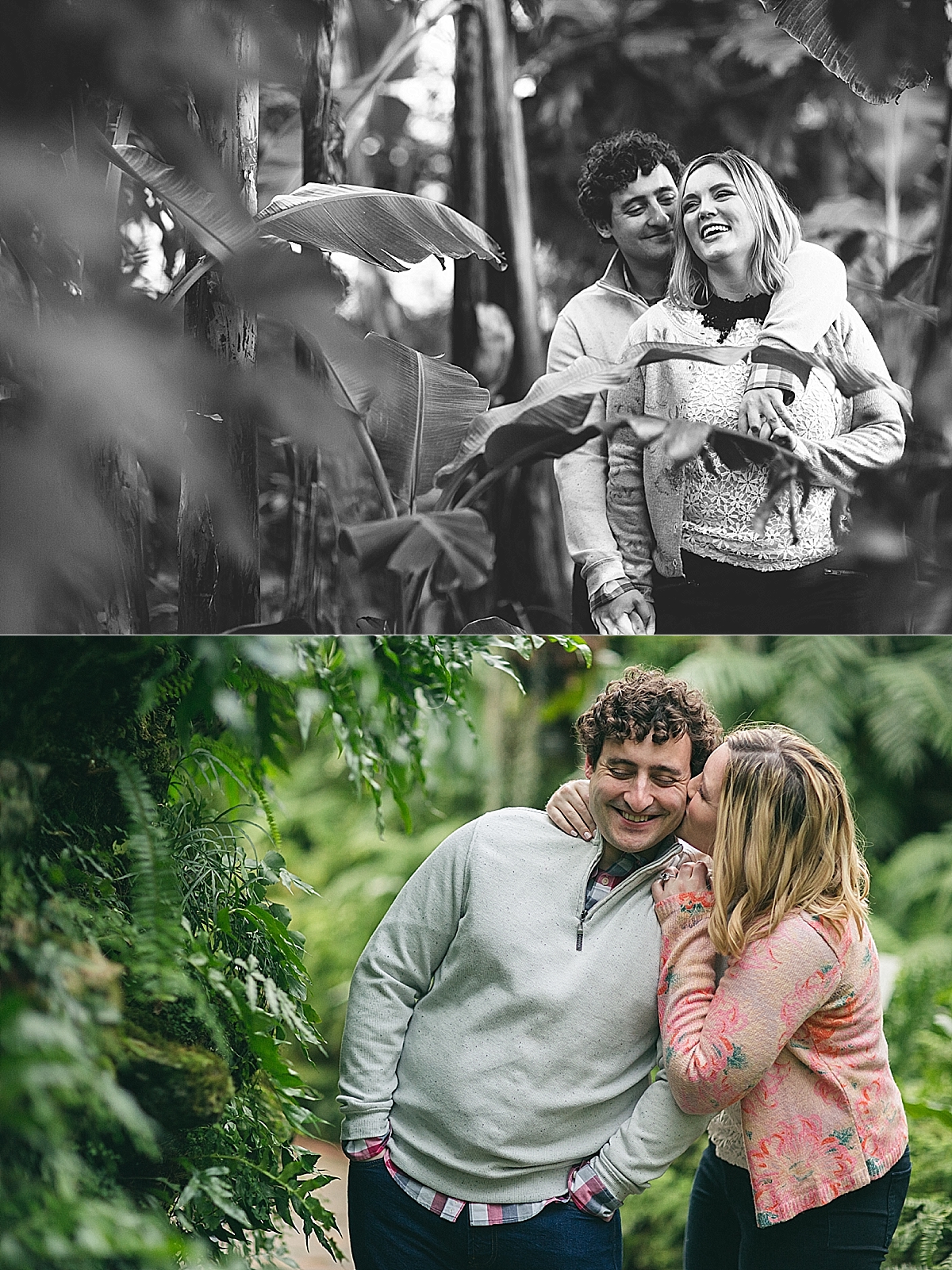 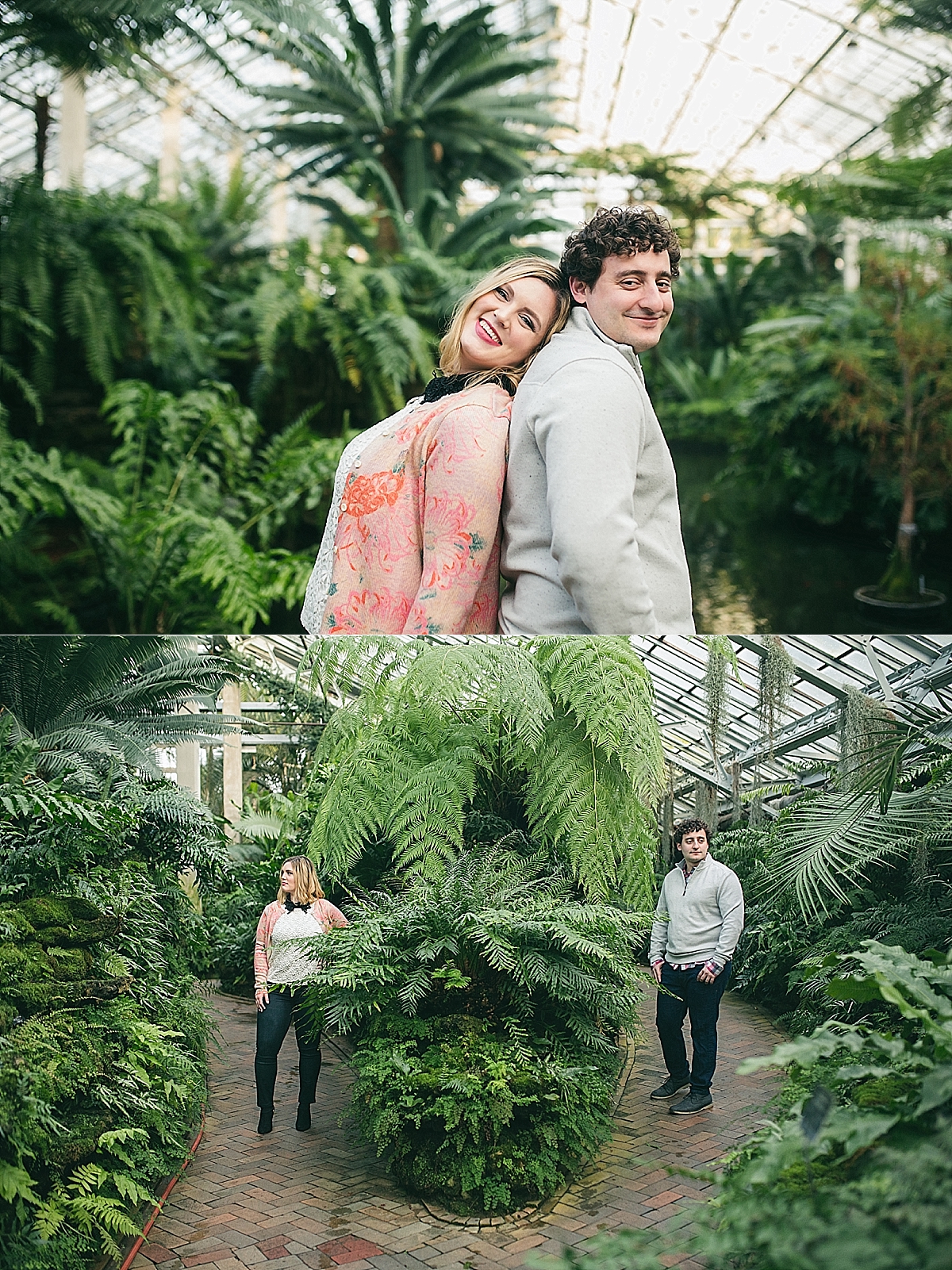 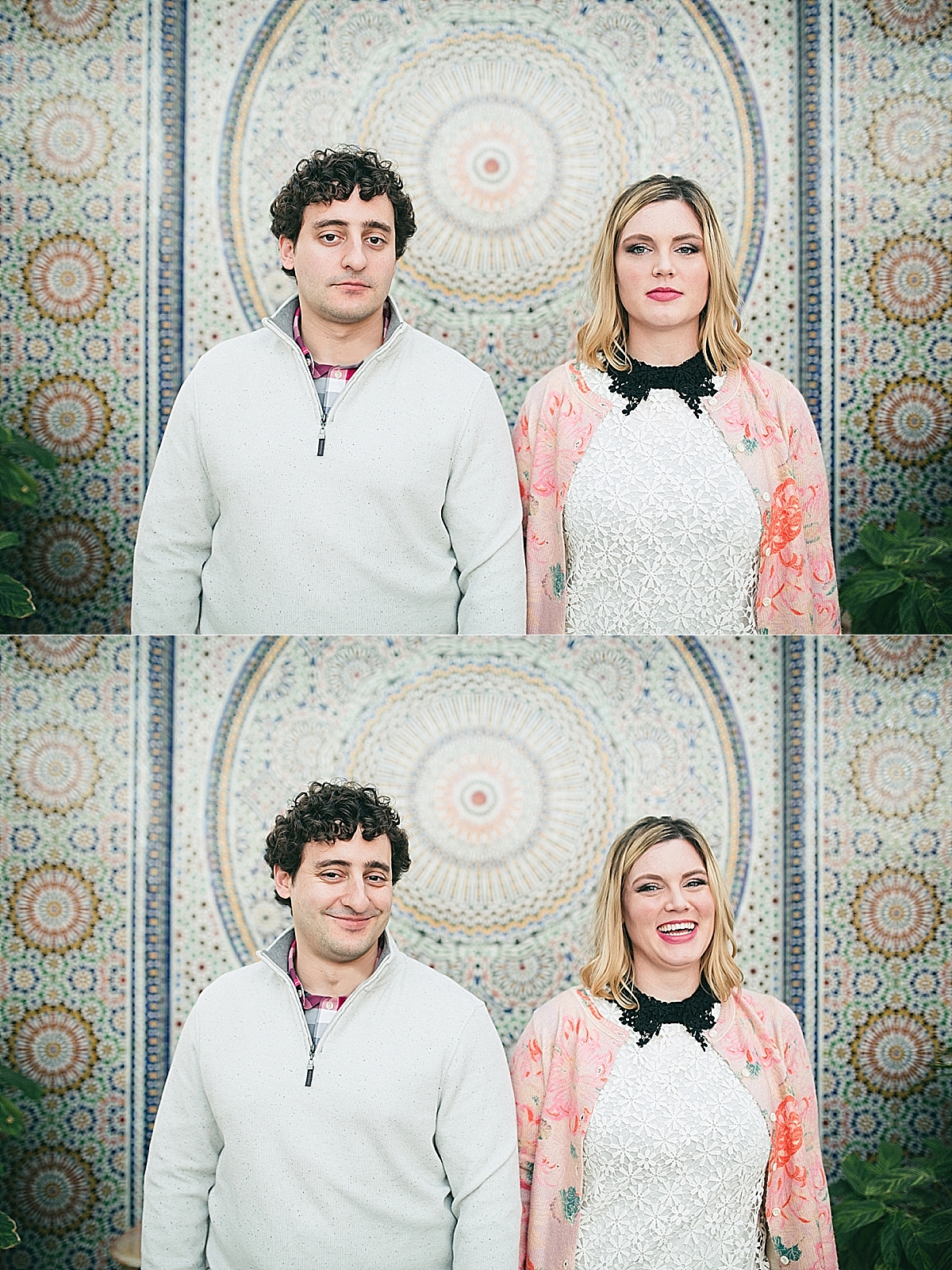 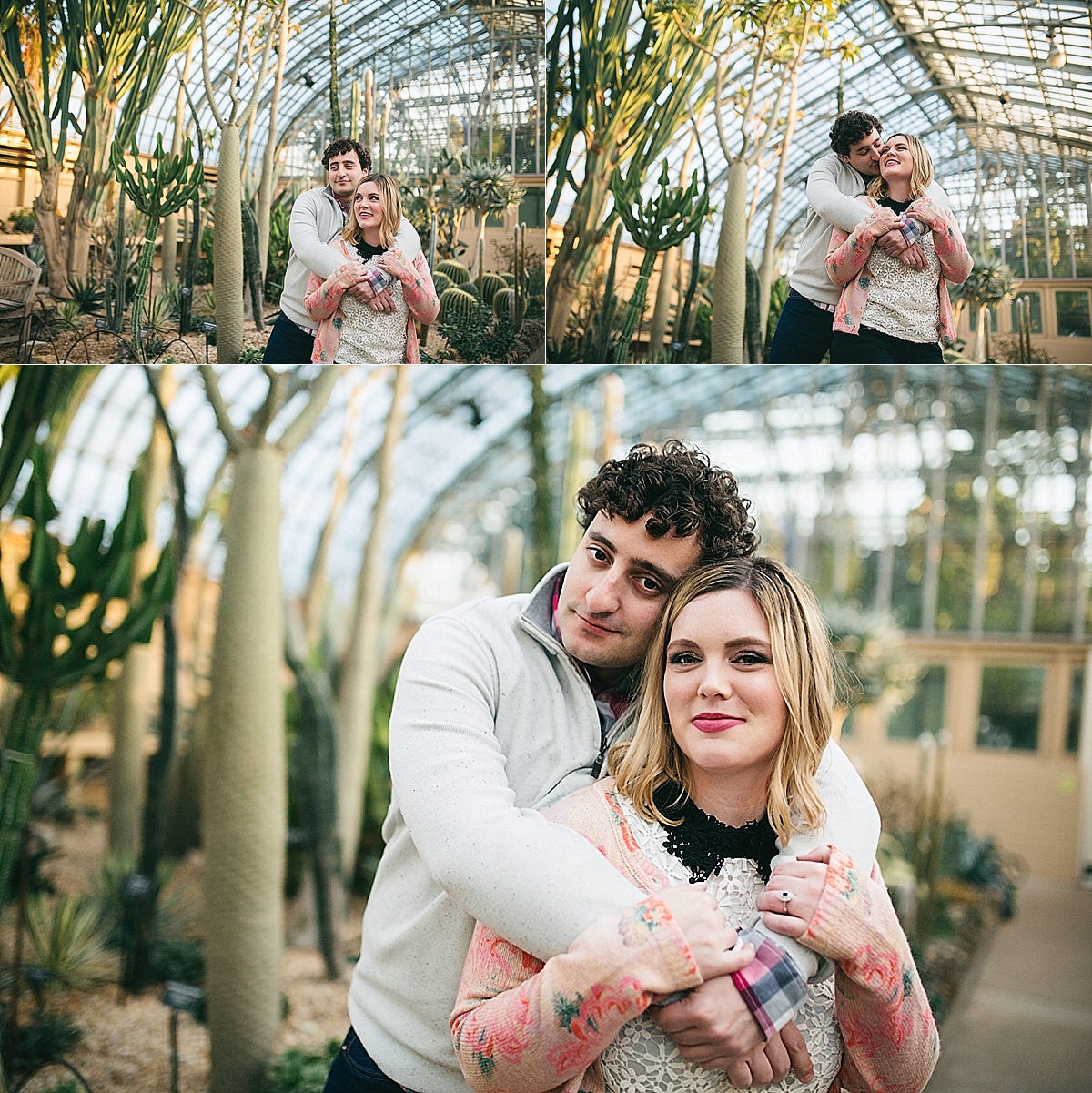 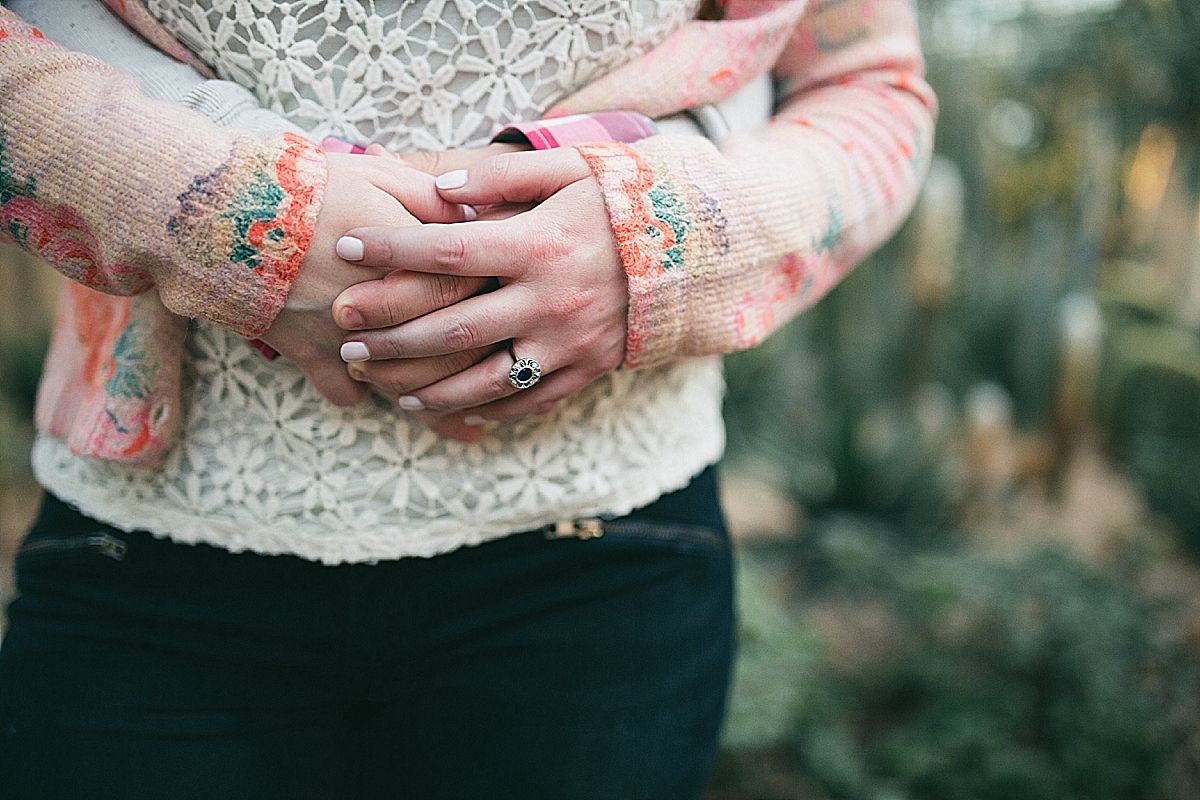 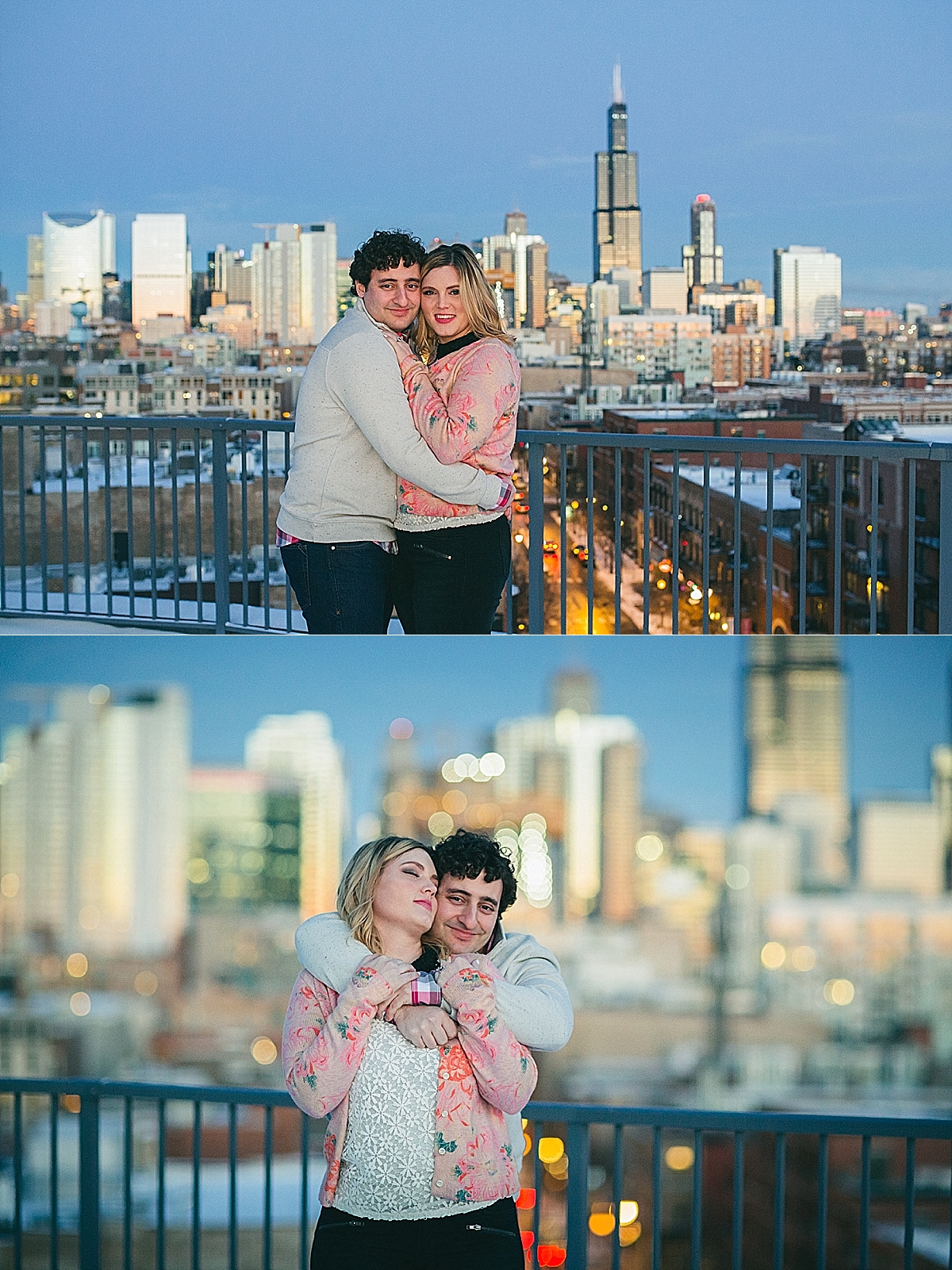 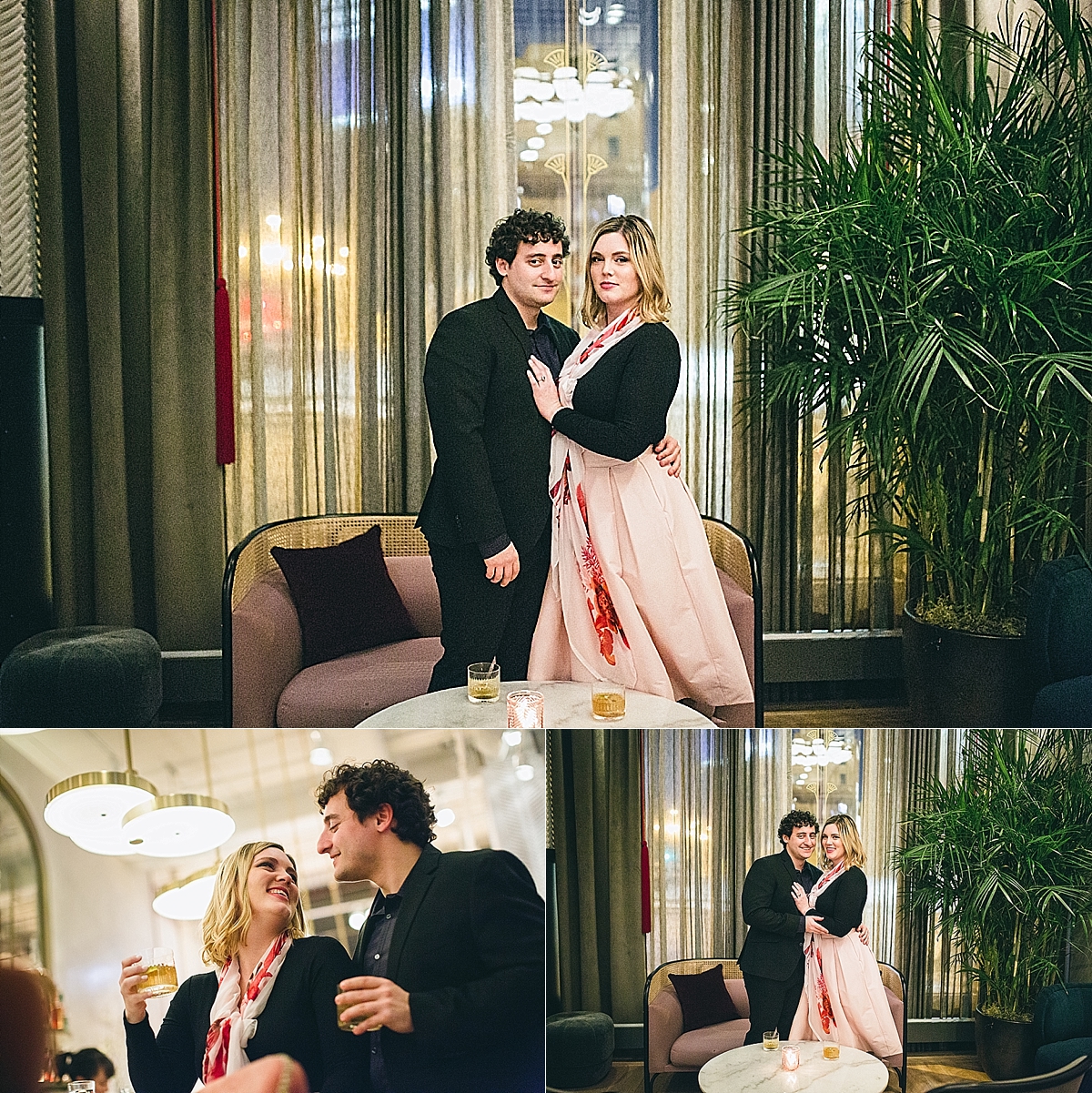 From Elysa and Alex: “Our favorite part of engagement session was playing in the snow and having you as our photographer. You made us feel comfortable and, most importantly, attractive!”

Location choices: “We chose Skinner Park for the first part of the engagement photos because it is right across from our apartment, it had a beautiful layer of fresh snow, and we could bring our dog, Albus Percival Wulfric Brian Dumbledore (aka Albie).
We chose Garfield Park Conservatory because that is where Alex proposed. It is also one of my absolute favorite spots in the city. It is absolutely gorgeous.
We chose the rooftop of The Madison at Racine because the view of the city is stunning. Chicago is the absolute best city in the world! Also, my best friend and soon-to-be bridesmaid Marilyn lives there, so it was easily accessible.
We chose Bellemore because the interior is SO pretty and we wanted a place to get a bit classed up.”
Thanks Elysa and Alex for being so awesome, I can’t wait to celebrate with you next year at Salvage One!